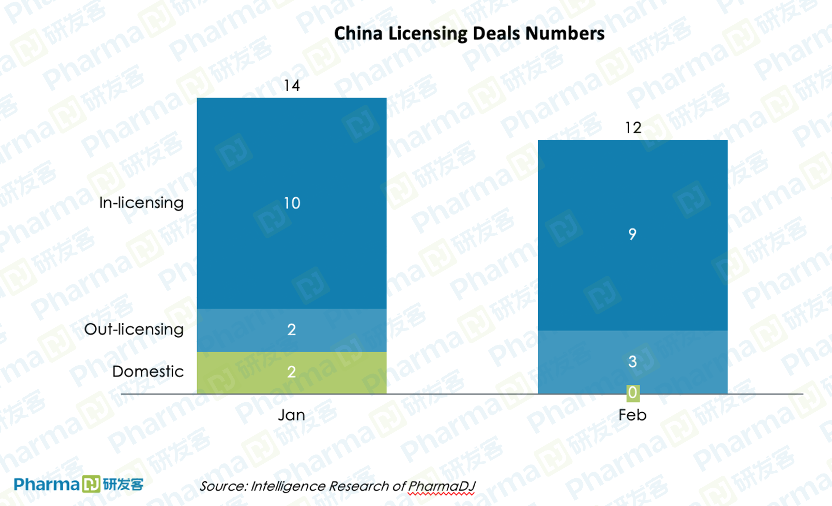 Five of the deals' dollar amounts were publicly disclosed, showing an average value of 228.4 million USD. The biggest deal of the month was between Junshi Biosciences (HKEX: 1877; SSE: 688180) and US biosimilar company Coherus BioSciences, Inc. (“Coherus”, Nasdaq: CHRS). Coherus acquired exclusive rights to the development and commercialization of toripalimab, Junshi’s anti-PD-1 antibody, in the United States and Canada.

In return, Coherus will pay up to 1.11 billion USD upfront as well as an exercise fee and milestone payments for granting the toripalimab license and two option programs (if exercised). Additionally, Junshi has also granted Coherus options for JS006 (an anti-TIGIT antibody) and JS018-1 (a next-generation engineered IL-2 cytokine) as well as right of first negotiation on two early-stage checkpoint inhibitor antibodies.

A rolling submission of the Biologics License Application (BLA) for toripalimab to the US Food and Drug Administration (FDA) for the treatment of recurrent or metastatic nasopharyngeal carcinoma (“NPC”) was initiated in March.

There is currently an excess of PD-1/PD-L1 monoclonal antibody developers in China, so the competition is fierce. Eight have already been launched, and 54 entered clinical development by the end of January 2021. 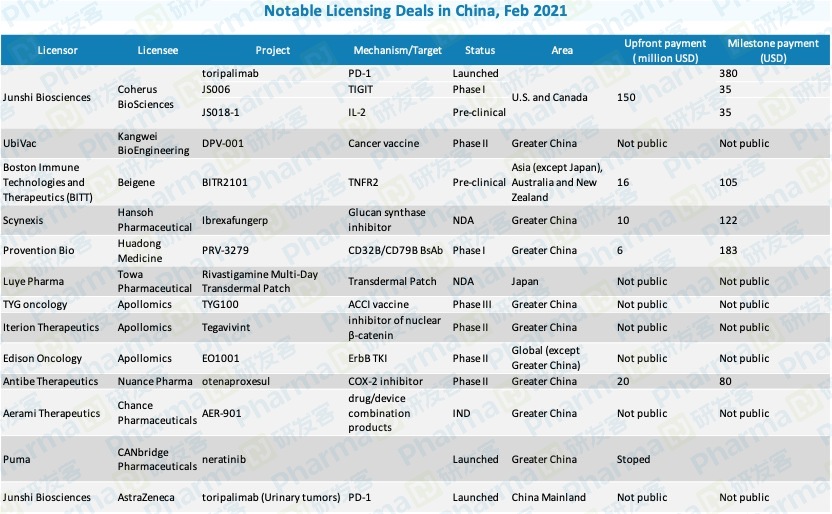 Apollomics reached three in-licensing deals in February as well. Incubated by OrbiMed Asia, Apollomics is a biopharmaceutical company specializing in the development of oncology therapies.

Before the deals, nearly all of Apollomics's pipelines were self-developed. The company recently filed a prospectus to the Hong Kong Stock Exchange for an IPO as well.