May's tally of fundraising deals for drug developers in China remains on par with that of April, but there has been a remarkable spike in the total dollar value.  Of 23 venture capital investement deals, 21 were publicly disclosed, reaching a total value of $957 million. 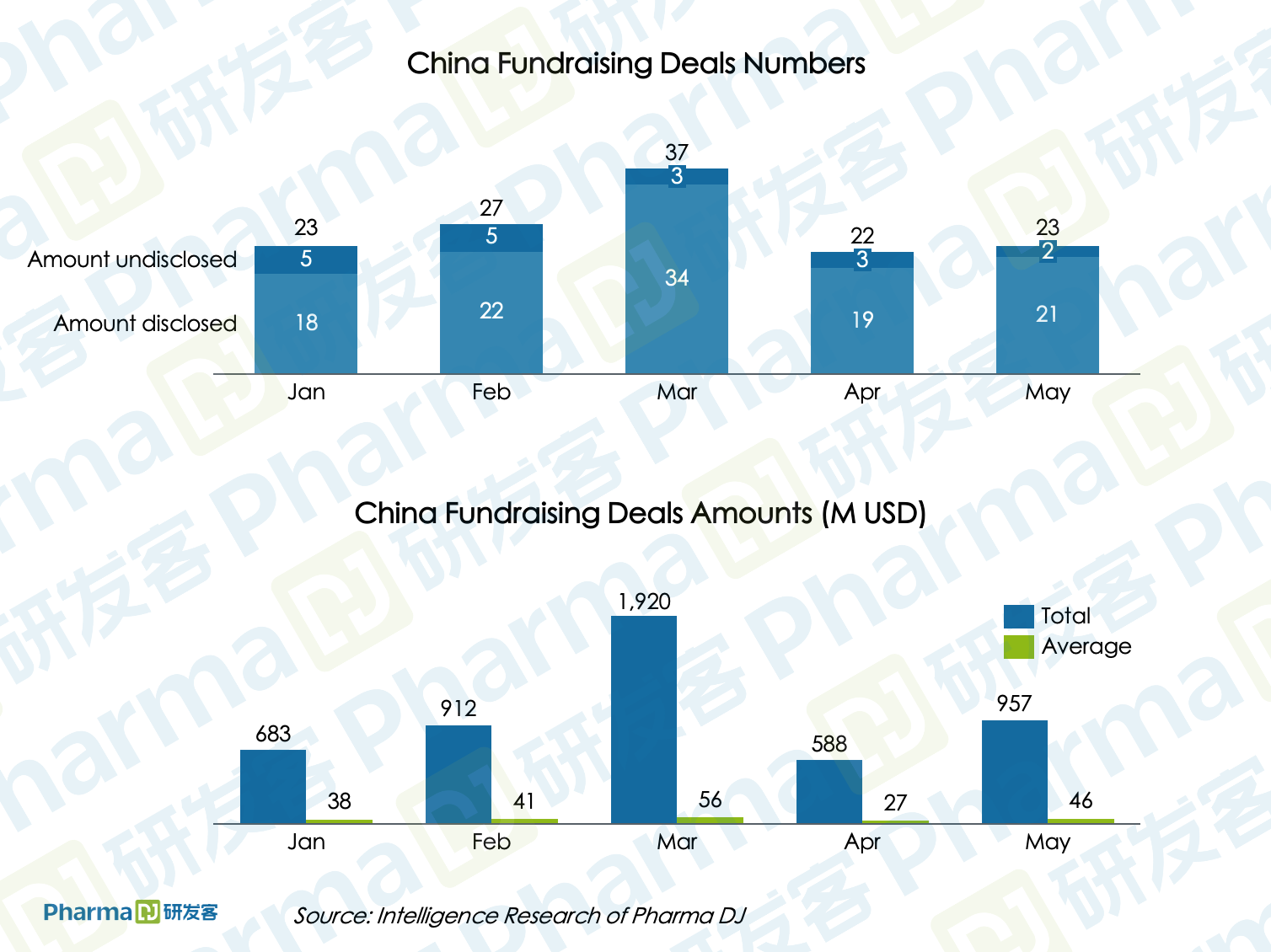 Antibody-drug conjugates (ADCs) are a class of biopharmaceutical drugs designed as a targeted therapy for treating cancer. In recent years, ADCs have become one of the hottest classes in China’s drug development with two HER2-targeted ADCs already green lighted by the NMPA.

Since its inception in 2012, DAC has specialized in developing ADCs and small molecular cytotoxic anti-tumor drugs. Its lead candidates, DAC-002 (targeted Trop2) and DX126-262 (targeted HER2), have now entered Phase I clincial trials in China. 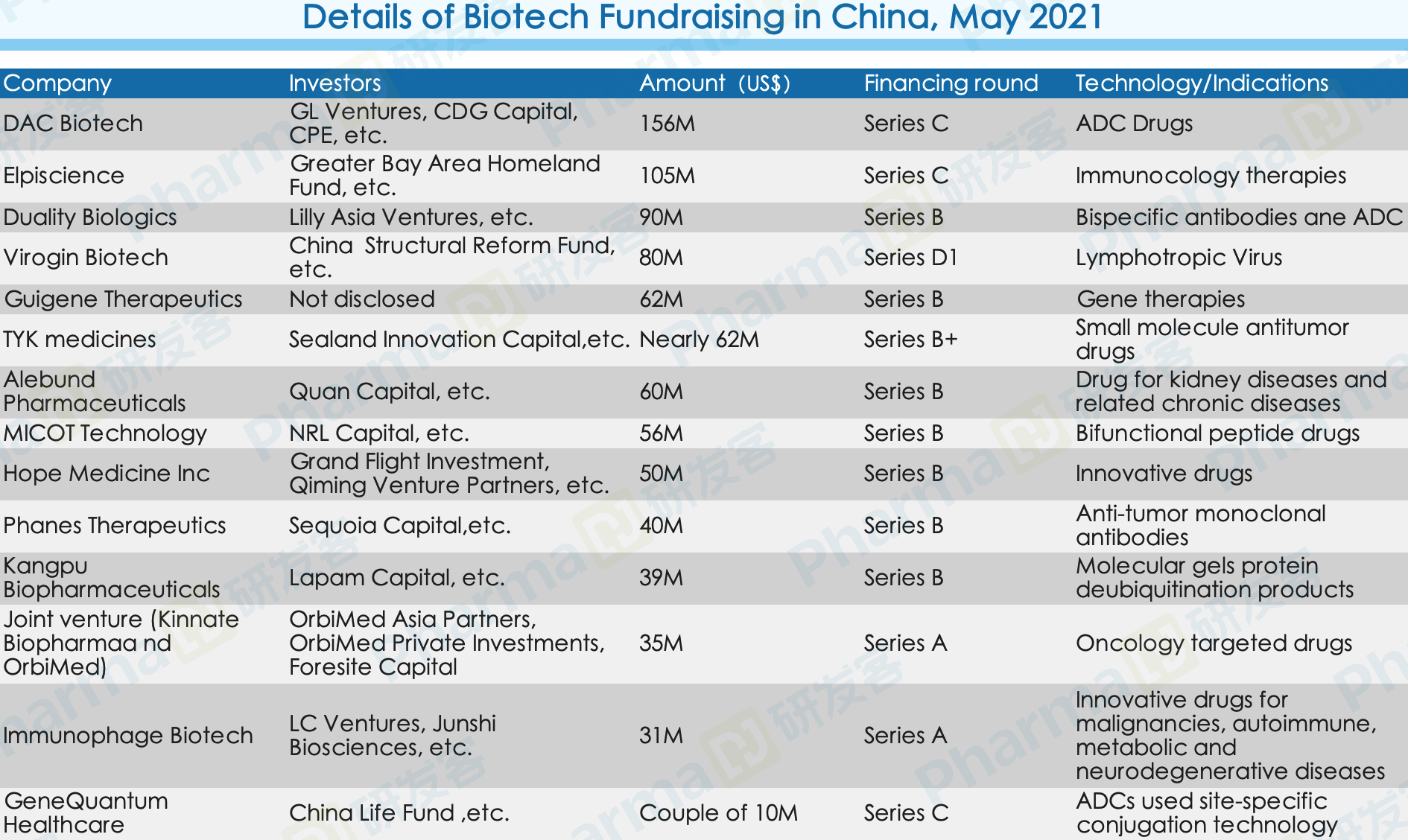