The volume of licensing deals in May this year has roughly kept pace with that of April, seeing 10 deals in total, seven of which were in-licensing agreements from overseas drug companies. 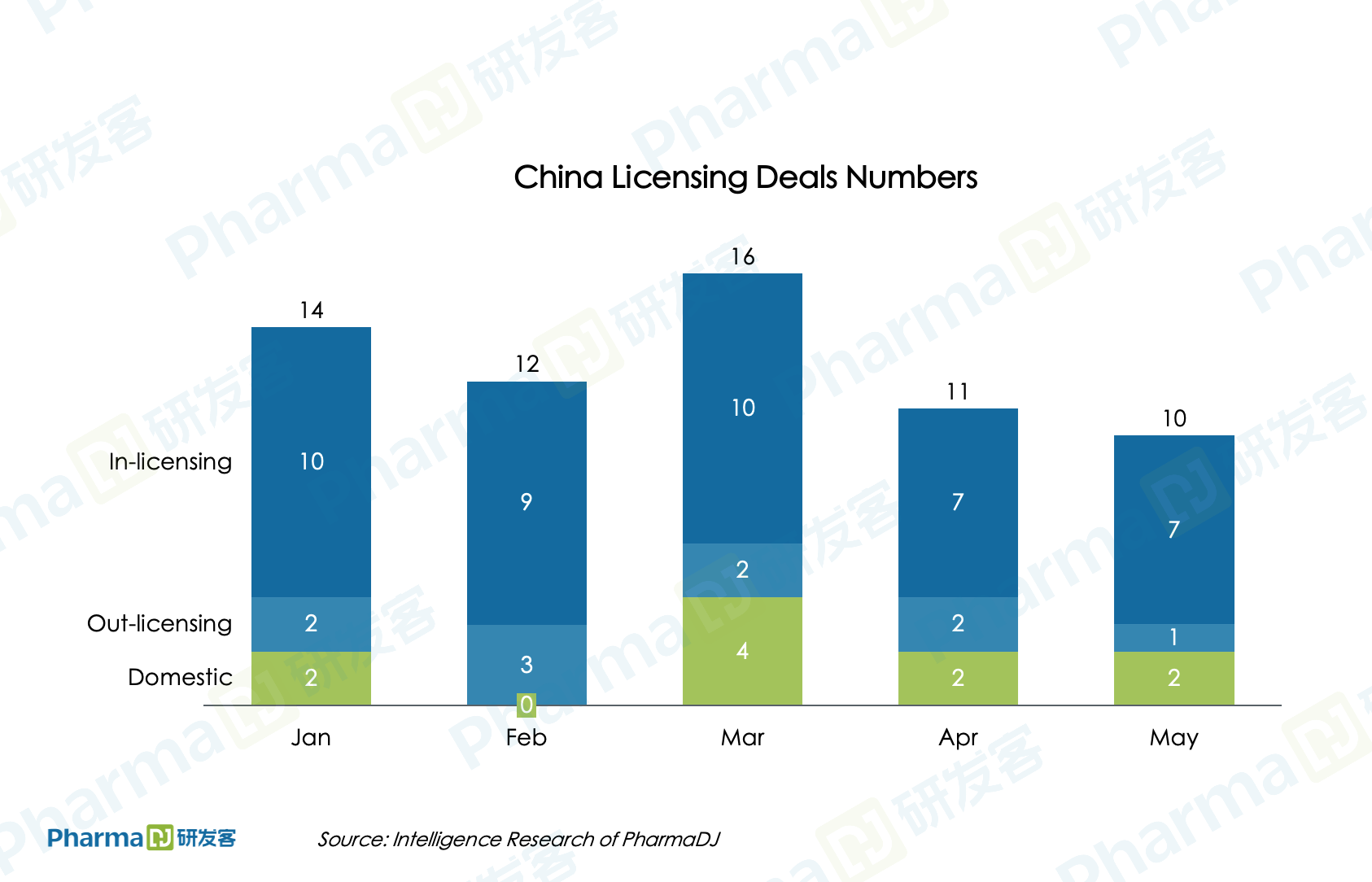 Six deals disclosed their amounts, valued at a grand total $633 million, with an average of $105.5 million per deal. 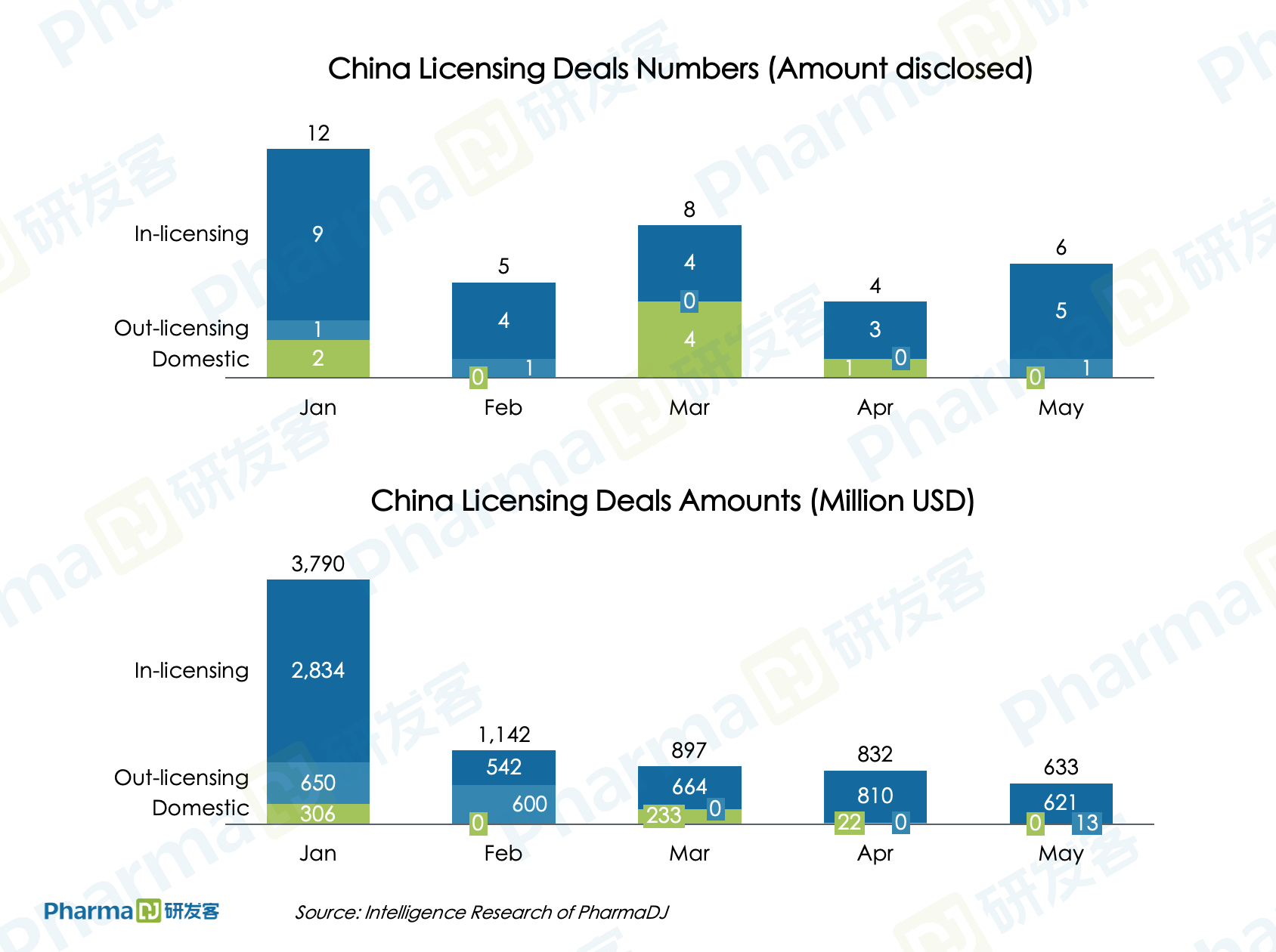 LianBio, a Chinese biotech company whose business model is sourcing first-in-class (FIC) therapeutic assets worldwide to China and other major Asian markets, inked two in-licensing deals. These were the highest and second highest valued of the six deals that were disclosed.

The two oral gut-restricted small moleculars, Omilancor (BT-11) and NX-13, which target LANCL2 and NLRX1, repectively, are in late-stage development for the treatment of ulcerative colitis (UC) and Crohn’s disease (CD) assets. The partners will bring them to China and other Asian markets, including South Korea, Singapore, Thailand, Vietnam, Myanmar, Cambodia, Indonesia and the Philippines.

The other deal is a cooperation with France-based late-stage clinical biotechnology company Nanobiotix to bring NBTXR3, a potential first-in-class radioenhancer for the treatment of tumors, to China and other Asian markets.

According to the terms of the agreement, Nanobiotix will receive a $20 million upfront payment, up to an aggregate of $220 million milestone payments, and tiered low double-digit royalties based on net sales of NBTXR3 in the licensed territories. LianBio will obtain exclusive rights to develop and commercialize the drug in Greater China, South Korea, Singapore, and Thailand.

Pregene Biopharma is a Shenzhen-based biotechnology firm that is developing innovative cell and gene therapy products. In May, it announced that it would sell the exclusive rights in India for PRG1801, an anti-BCMA CAR-T cell therapy injection to Dr. Reddy's Laboratories. The price of the sale was $12.5 million and includes double-digit royalties.