Lepu Biopharma’s MSI-H/dMMR targeted therapy is the first cancer treatment for any solid tumor with this specific genetic feature since Keytruda (pembrolizumab) was approved by the FDA in May 2017.

It’s a similar story for NTRK gene fusion. In July, Roche’s Rozlytrek(Entrectinib) was approved by the NMPA for the treatment of any solid tumors with NTRK gene fusions following Bayer's Vitrakvi (larotrectinib) approval in April 2022.

Rozlytrek and Vitrakvi are first generation TRK inhibitors with targeted therapeutic use. Their use are based on whether a patient’s tumor tests positive for a specific genetic biomarker, not where in the body the tumor originated.

Second-generation TRK inhibitors are currently in development to overcome the acquired resistance mutations in the first generation.

Zai Lab has a launched phase II clinical trial of TPX-0005 (repotrectinib) in China which was acquired from Turning Point Therapeutics in July 2020. TL118, a highly selective NTRK inhibitor developed by Telegene, has already been approved for a phase I clinical study in 2019.

CDK4/6 inhibitor Cosela (trilaciclib) has finally entered the Chinese market. Co-developed by Chinese firm Simcere and G1 Therapeutics, it was successfully in getting FDA approval in February 2021.

Unlike other CDK4/6 inhibitors that focus on HR+/HER2- breast cancer, Cosela is the first drug developed to decrease the incidence of chemotherapy-induced myelosuppression of extensive-stage small cell lung cancer.

July also saw a few other notable NDA submissions that are worth keeping an eye on.

Bristol-Myers Squibb filed its NDA submission for BMS-986165 (deucravacitinib) for the treatment of plaque psoriasis, which may become the first TYK2 inhibitor worldwide. 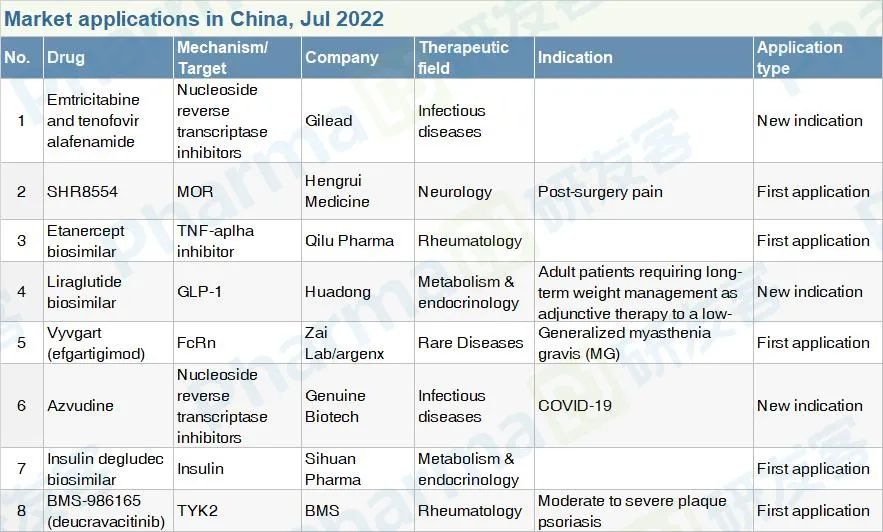 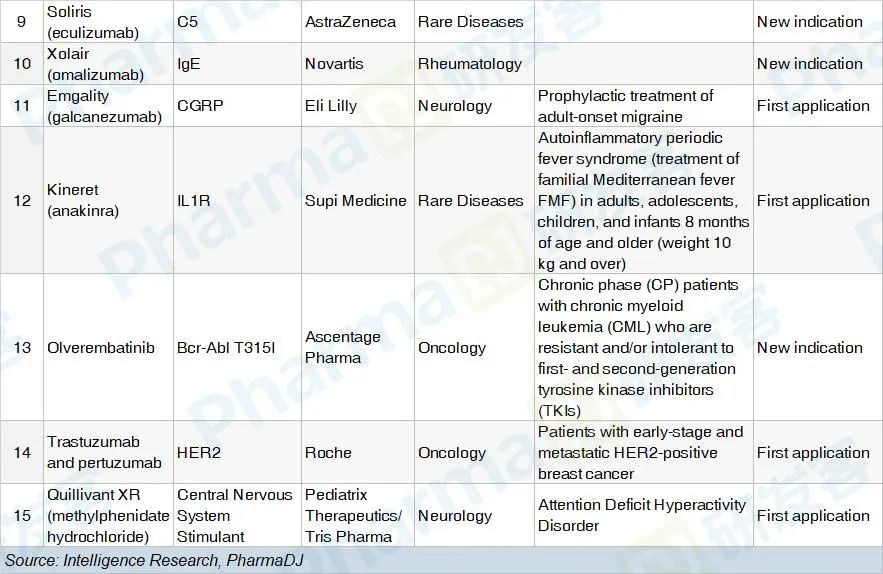