Chinese regulators’ recent rejection of Shanghai HaiHe Pharmaceutical’s IPO on the STAR market casts doubts on the in-licensing model. Amid a market slump in the biotech sector, Chinese drugmakers need to think about innovation differently to win back investors’ confidence. Haihe’s setback on STAR triggered a market slump in the biotech sector in September.

It has not been easy for Chinese biotech companies to go public these days. In the second half of this year, their stock prices have been sliding — and even worse, they may not be able to list at all.

Haihe’s lead asset is liporaxel, an oral paclitaxel licensed from South Korea’s Daehwa Pharmaceutical and undergoing phase III studies in China for gastric and breast cancers. Another candidate, lucitanib, a kinase inhibitor in pivotal phase II studies, originated from France’s Servier, which licensed it out to Chinese Academy of Sciences, Haihe’s partner, for development in China.

Market watchers saw it as a signal of regulators’ distrust of Haihe’s strategy to obtain drug candidates from partners while claiming to be an “innovation-driven” company. Two other biotech companies, EOC Pharma and Tasly Pharmaceutical Group, also halted their IPO applications on STAR in December 2020 and January 2021, respectively, as regulators had similar concerns. “In addition, treatment targets and indications are very jammed into a few choices. These are signs of lacking true innovation,” she added.

Chinese biotech companies have long been criticized for this. While they have jumped quickly on drug innovation to move away from generics, a lot of them are developing fast-follower drugs.

To quickly shore up their pipeline, they rely heavily on in-licensing to gain innovative programs originated elsewhere. These programs are often in clinical stage and even nearing commercialization, which boosts valuation for the companies – an important step before selling an IPO plan to investors.

The tactic has been successful, leading to a robust pipeline of IPOs on the Hong Kong Stock Exchange (HKEX). Everest Medicines, known for its in-licensing strategy, launched a $450 million IPO three years after its establishment. Zai Lab also nabbed $760 million via secondary listing in the city.

But now, the tide seems to be changing to disfavor in-licensing companies.

Haihe’s setback on STAR in September triggered a market slump in the biotech sector, as Chinese investors were taking cues from regulators. Share prices of Everest and Zai Lab, for example, have lost 16% and 42% in Hong Kong since Sept. 1.

Recent biotech IPOs in Hong Kong were not looking good either. Since September, all biotech companies — Transcenta, Abbisko Therapeutics and Clover Biopharmaceuticals — have seen their stock prices open below the IPO price. “A lot of companies rushed to Hong Kong, and some of those may not have been quite ready and floundered a bit relative to value enhancement over time,” said Lonnie Moulder, founder at Tellus BioVentures, at the China Healthcare Summit on Nov. 17.

As companies may face challenges in Hong Kong and Shanghai, they could turn to the Nasdaq, but it may not be a good choice either. Compared to their Hong Kong counterparts who favor low-risk, late-stage pipelines, Moulder said Nasdaq investors are more “comfortable with really early science that they know will be transformational.”

Lianbio, which focuses on in-licensing treatments for the China market, was the latest biotech player to try its luck on the Nasdaq by selling the China biotech story. The company had a lackluster debut on Oct. 30, with its shares opening below the IPO price. “I think [the in-licensing model] is unique to Chinese companies and not a lot of non-Chinese U.S. analysts really understand this. This could deter U.S. coverage of these companies,” Shu Zhiqiang, Head of Healthcare Equity Research and Senior Biotech Analyst at Berenberg Capital Markets, told PharmaDJ.

“Even for me, navigating the Chinese regulatory framework and reimbursement structure is not easy. I think these in-licensing companies need to educate U.S. analysts and investors on these topics,” he added.

Understanding the pharma market landscape in China is already challenging. U.S. investors are also wary of Chinese regulations that could catch everyone off guard. 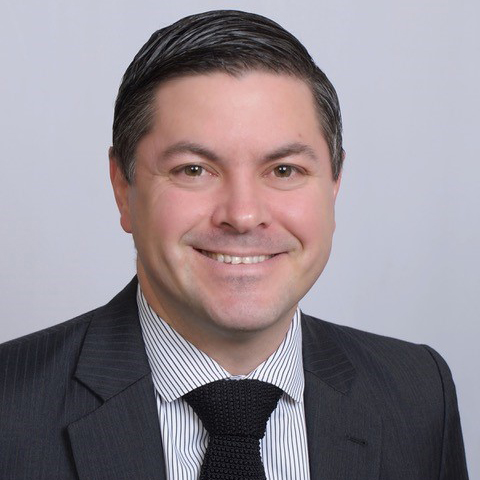 “Chinese listings are actually frozen right now in the U.S. and the reality of the political situation is that I am not sure it is going to get much better in the near term,” Brad Loncar, CEO at Loncar Investments, told PharmaDJ.

“While in the past there might have been a more difficult choice between Hong Kong and Nasdaq for some companies, I think today most will lean to Hong Kong and STAR Market,” he added.

But the lackluster performance of biotech stocks in Hong Kong and the stricter listing rules in Shanghai signal that both bourses may no longer be a safe haven for Chinese drugmakers. Investors are picking up hints from regulators, who are warning everyone that the game is different now.

China’s CDE has been emphasizing clinical value. Its latest document on Nov. 15 stipulated guidelines for clinical value-oriented clinical trials of oncology drugs that took effect on the same day.

CDE officials have publicly charged that many drugmakers are developing me-too drugs for the same indications. By emphasizing unmet needs in clinical trials and drug approvals, the watchdog hopes to steer drugmakers in the right direction. The goal is to encourage them to explore new mechanisms and targets to engage in me-better and best-in-class drug development for new indications.

The new R&D direction set by the CDE could help Chinese drugmakers win back confidence from investors, who are echoing the regulators’ views to emphasize clinical value.

“It is very encouraging to note that the regulators in China are now very firm in putting patient benefit first by introducing a clinical value-driven approval regime which requires end points in a clinical trial being measured against standard of care,” said Song from ORI Capital.

The Hong Kong-based veteran investor believes the Chinese biotech industry can only grow and thrive if “true innovation based on technological breakthrough” and “successful translation of such innovation to ultimate patient benefit” are present and valued.

“To produce true innovation, one needs to value the importance of basic scientific research. A better and profound understanding of the pathophysiological mechanisms underlying the diseases is the driving force behind the discovery of new therapeutic targets,” Song said.

“More importantly, we need to focus the purpose of innovation and drug development on patients rather than being ‘opportunistically new’,” she added.

That said, not everyone is shunning the in-licensing model. Some argue that the issue is not  in-licensing but rather the purpose of adopting such a model. Choosing the right assets that show differentiation is a test for a company’s capability. What should be avoided is to license in highly similar products to pave the way for an IPO.

In-licensing is a common tactic to grow pipelines and sales networks, a biotech founder who wished to remain anonymous told PharmaDJ. He explained that in-licensing is often misunderstood as a way to imitate innovation, but it takes time for Chinese drugmakers to gradually move towards true innovation.

Loncar also understands that science does not happen overnight, and many Chinese companies are doing in-licensing because this is a quick way to catch up.

“While all of this is happening, these same companies are doing their own discovery work that will lead us to the third stage. The future will be focused on best-in-class and first-in-class drug development,” the U.S. biotech investor said, adding that this is the way to create the most long-term value.

Loncar’s peer, Shu from Berenberg Capital Markets, also said his team look at the science of the company. “Usually, we compare programs across different companies in the same space and try to find best ones,” he said.

Should biotech analysts and investors in China become more sophisticated like their U.S. counterparts and look at the science rather than only the market potential, Chinese drugmakers will need to emerge as a source of true innovation in the long run to win support in the capital market.

“The Chinese biotech industry has gone past the point having to bend backwards and forwards for money,” said ORI Capital’s Song. “A torrent of venture dollars has flocked to biotech. Money alone will not be able to produce quality growth. True innovation and patient benefit supported by the approval regime will.”

Sissi Xu contributed to this report. Editing by Justin Fischer.

Ophthalmology a new opportunity for biotechs ...