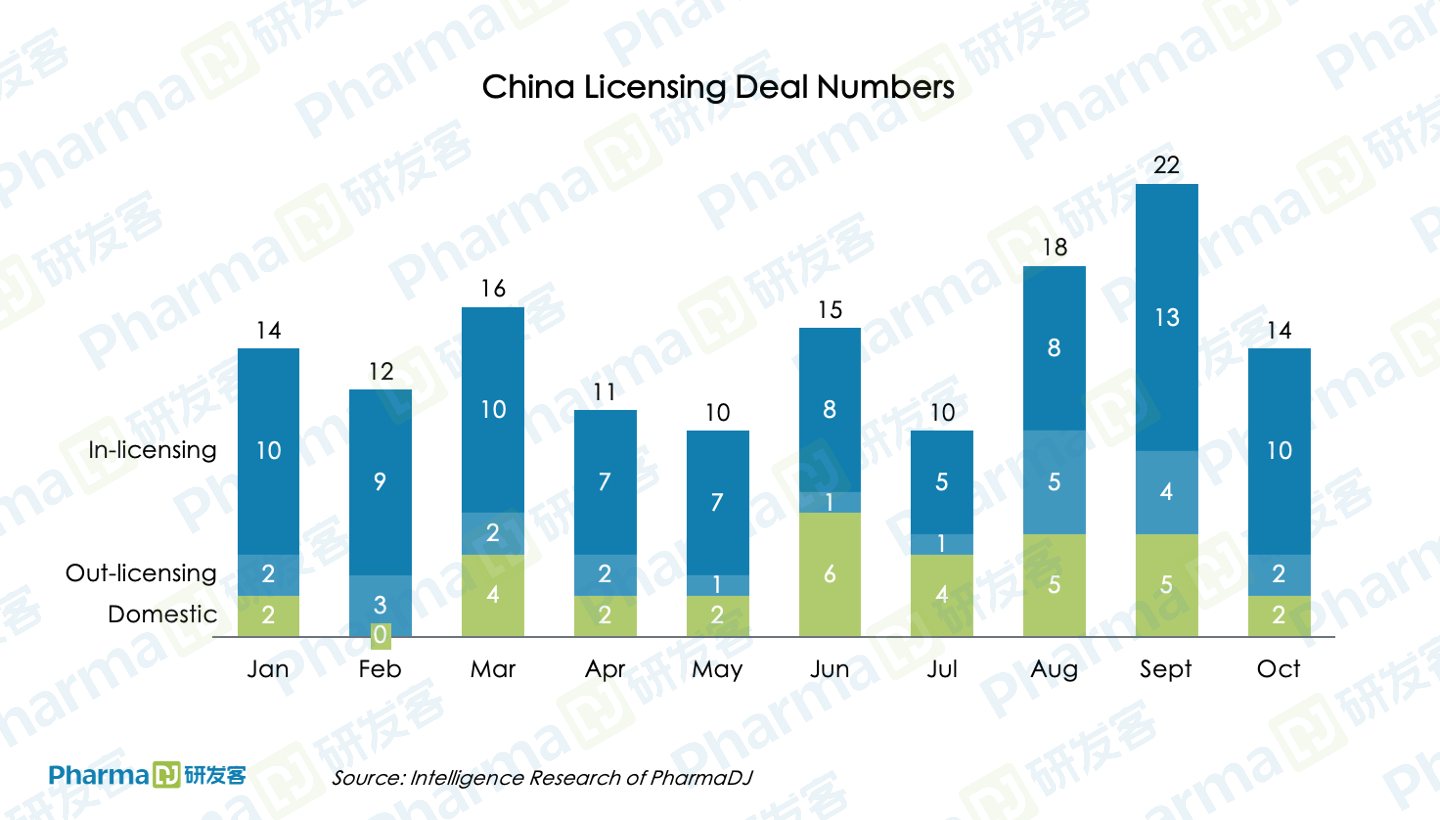 The number of licensing deals dropped in October, and only six out of 14 deals disclosed their value. Together, these six deals were worth around $2.4 billion, and Hansoh's two deals already accounted for nearly $2 billion. 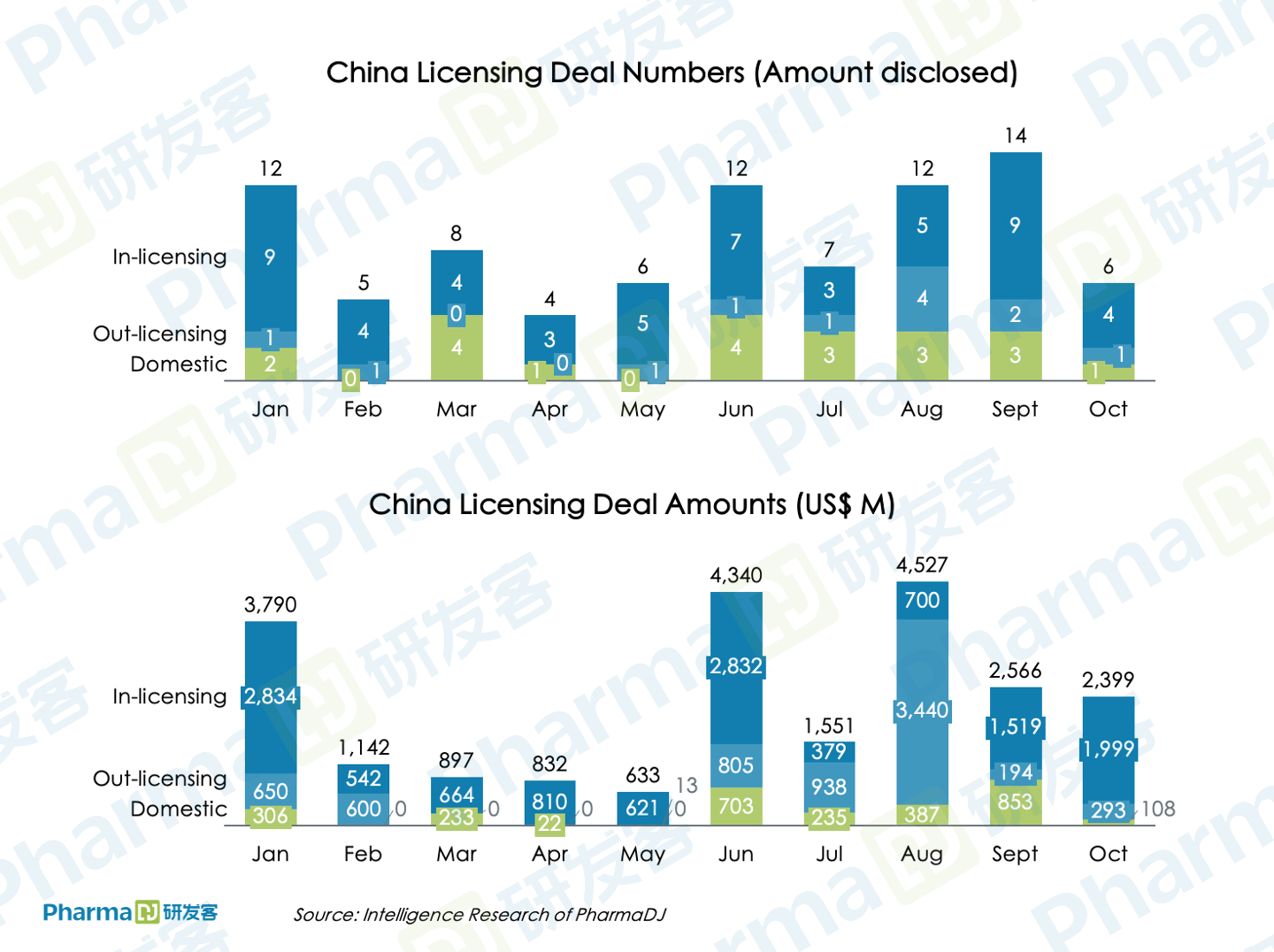 On Oct. 11, Hansoh reached an exclusive licensing agreement with South Korea’s OliX Pharmaceuticals, under which OliX will utilize the GalNAc-asiRNA platform technology to discover lead compounds and develop the candidates for liver-based targets in cardiovascular, metabolic, and other diseases.

Hansoh will have exclusive commercial rights to these therapeutics in Greater China and OliX will have rights in the rest of the world. OliX will receive an initial upfront payment of $6.5 million with up to $450 million plus royalties based on key milestones.

Hansoh will have the exclusive option to license rights to the first two targets in Greater China following the completion of phase I studies. Silence will be responsible for all activities up to option exercise and will retain responsibility for development outside the China region post phase I studies.

Hansoh will also have the exclusive option to license global rights to a third target upon filing an IND. Hansoh will be responsible for all development activities post option exercise for the third target.

Hansoh will make a $16 million upfront payment, and Silence is eligible to receive up to $1.3 billion in additional development, regulatory, and commercial milestones. Silence will also receive royalties tiered from low double-digits to the mid-teens on Hansoh net product sales.

BioNova Pharmaceuticals, a Shanghai-based biotech company announced that it has signed a license agreement with Sutro Biopharma to develop and commercialize STRO-001, a CD74-targeting Antibody-Drug Conjugate (ADC), for patients with blood cancers in Greater China, including Mainland China, Hong Kong, Macau, and Taiwan.

BioNova will pay to Sutro an initial licensing option payment of $4 million, with potential payments totaling up to $200 million related to option exercise, development, regulatory, and commercial milestones. Sutro will provide STRO-001 to BioNova under clinical and commercialization supply services agreements. Upon commercialization, Sutro will receive tiered, double-digit royalties based on annual net sales of STRO-001 in Greater China. 2021 wraps up with multi-billion dollar deals...

China regulates clinical use of innovative on...

Henlius plans for approval of its PD-1 lung c...