SIR-Spheres Y-90 resin microspheres have been used in selective internal radiation therapy (SIRT) in the U.S. for almost two decades. Now they have come to China to treat patients with unresectable liver cancer. 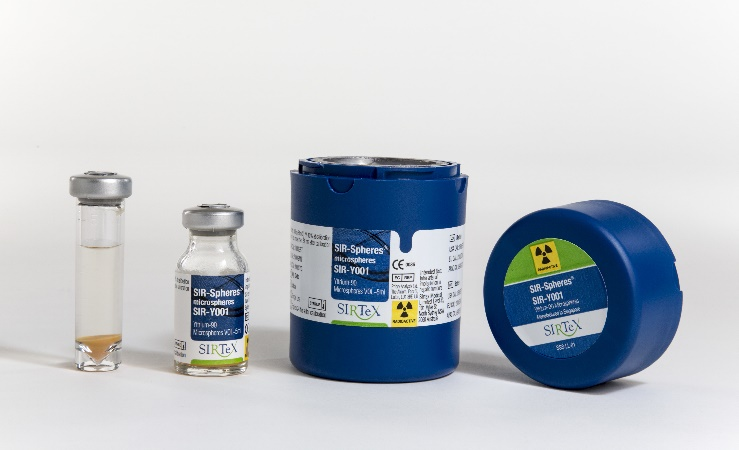 For patients with hepatocellular carcinoma (HCC) in China, regulators are expected to soon approve a targeted radiation therapy that has been in use overseas for almost two decades. SIR-Sphere Y-90 resin microspheres, Chinese medical experts said, represent a new treatment strategy for patients with unresectable liver cancer.

The new treatment was brought into China thanks to Grand Pharma’s collaboration with Sirtex Medical, which would produce and supply the SIR-Sphere Y-90 resin microspheres to China. In 2018, Grand Pharma and CDH Investment acquired the Australian firm to gain the right to the medical device.

“This internationally most advanced treatment method is suitable for most inoperable cases of advanced liver cancer,” said Dong Jiahong, academician of the Chinese Academy of Engineering (CAE) and dean of Beijing Tsinghua Changgung Hospital.

“It can effectively control the tumor. In some cases, curative effects are observed. In some other cases, it can cause sufficient shrinkage of the liver tumor to permit its removal by surgery at a later stage,” he added.

Moreover, for tumors limited to just one or a few hepatic segments or a single lobe, they can be administered with a radiation segmentectomy strategy to achieve curative effects.

What are SIR-Sphere Y-90 resin microspheres?

According to Sirtex, SIR-Spheres Y-90 resin microspheres are tiny radioactive ‘beads’ used in SIRT for the treatment of liver metastases from colorectal cancer that cannot be surgically removed.

The microspheres are much smaller than the width of a human hair and contain the radioactive element yttrium-90. A microcatheter is used to deliver millions of radioactive microspheres into the hepatic artery, where they are carried into the arterioles and selectively lodge in the tumor microvasculature.

The microspheres emit high doses of radiation to the tumor cells to destroy them.  The targeted nature of the procedure enables doctors to deliver up to 40 times more radiation to the liver tumors than would be possible using normal radiation therapy, while sparing the surrounding healthy liver tissue.

To make treatment easy for patients, it is a minimally invasive outpatient procedure and patients usually go home hours after the procedure is completed.

SIR-Spheres Y-90 resin microspheres have been approved in more than 50 countries and regions around the world. Approval is expected soon in China, after the NMPA accepted the NDA in November 2020.

“The indication for the NDA is unresectable colorectal cancer liver metastases,” Grand Pharma told PharmaDJ. “A lot of clinical trials, including randomized clinical trials and real-world clinical data, have suggested that SIR-Spheres Y-90 resin microspheres are an effective approach for liver cancer treatment.”

To quickly introduce innovative treatments to China, the southern province of Hainan has been designated as a testing ground for foreign drugs and medical devices that are urgently needed in China.

The first procedure using SIR-Spheres Y-90 resin microspheres in China was successfully performed for a patient with HCC in September. It took place at a hospital in the Hainan Boao Lecheng International Medical Tourism Pilot Zone.

According to a nuclear medical expert, nuclear medicine is now on the regulators’ agenda, after it was mentioned in China’s plan for medical isotopes by 2035. The company believes that with the improvement of nuclear drug regulatory policies, innovative nuclear medicine will enter China faster in the near future.

After the successful case in Hainan, medical experts expect that SIR-Sphere Y-90 resin microspheres will benefit a lot more patients in China once the approval.

Some radioisotopes, including I-131, Tc-99m, P-32, are currently used in disease diagnosis and treatment in China, but the types and forms of these radioisotopes are far from meeting the clinical needs.

According to Grand Pharma, SIR-Spheres Y-90 resin microspheres now provide physicians with an effect-proven tool to fight against liver cancer. The approval for this nucleinotherapy will also set a new model for the supervision mechanism of radionuclide drugs and equipment in China and provide a new basis for policy.

“We will also carry out post-market clinical trials on SIR-Spheres Y-90 resin microspheres in China to establish evidence-based Chinese population data, so as to further optimize the treatment strategy for patients,” the company said.

“We will also consider to exempt part of the treatment expenditure,” the company added.