Chinese regulators have issued new rules about rational drug use, which is expected to benefit the development of pediatric drugs while further regulating the clinical use of antibiotics and anti-tumor drugs.

On July 27, the National Healthcare Commission (NHC) released a policy document (Notice on further strengthening drug safety management and improving the level of rational drug use) that specifically proposed that the selection of pediatric drugs sold in hospitals should not be limited by two specifications for one variety and the total number of drug specifications. This serves to strengthen the focus on monitoring the use and management of drugs in many fields, such as antineoplastics and antibiotics.

The two specifications for one variety is derived from the Prescription Management Measures issued by the former Ministry of Health (MOH, now called NHC). It limits a hospital to purchasing a drug under one generic name for two specifications each in oral and injection doses.

If the drugs in Chinese hospitals all have special dosage forms and specifications for use in children, it would occupy a large portion of the of drug quotas. Therefore, it is difficult for pediatric drugs to be sold in hospitals. These two restrictions have suppressed the enthusiasm for the research and development of pediatric drugs to a certain extent, and indirectly led to a shortage of such drugs.

At present, there is a serious supply issue with pediatric drugs in China.

First, there are fewer varieties of medicines for children. Amongst the small molecular drugs approved by the NMPA, only less than 2% are exclusively for children.

With the removal of these two restrictions, major hurdles in the development and commercialization of pediatric drugs have been lifted.

Prior to this, China has also introduced many policies to encourage pediatric drugs. This includes a number of pediatric drug research and development guidelines, involving pharmacy, clinical, review and other related work.

In the first half of 2022, there are a total of 12 drugs among the new drugs approved in China that can be used for the treatment of children's diseases, of which 7 are new dosage forms/specifications. 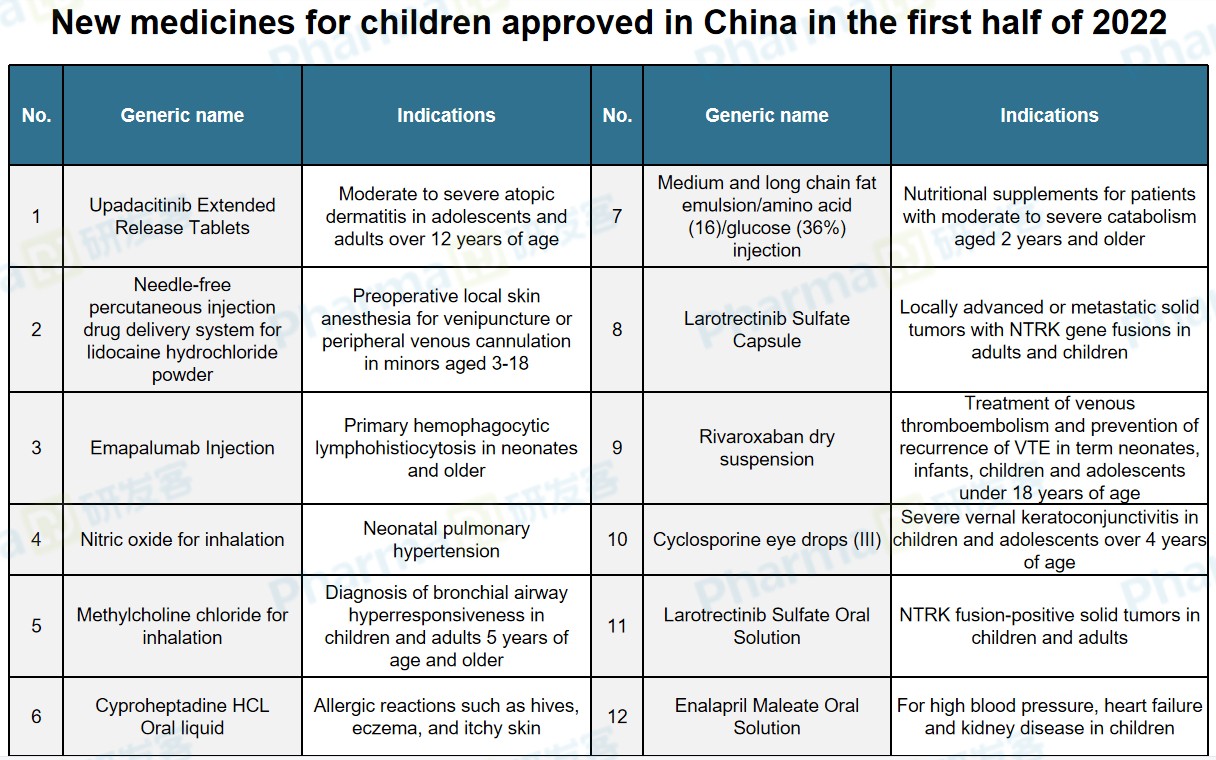 On the other hand, China’s government has encouraged the development of new antibiotics to against drug-resistant bacteria.

For example, Sitafloxacin was approved as a next-generation fluoroquinolone for community-acquired pneumonia and urinary tract infections in April 2019. It was then added to the National Reimbursement Drugs List (NRDL) the following year, which has improved the accessibility to new antimicrobials for patients.

New antimicrobials stand a greater chance of being included in the annual medical insurance negotiation. The government has continued to pay attention to the new antimicrobial drugs urgently needed in clinical practice. Since 2019, eight new antibacterial drugs have been approved for marketing. 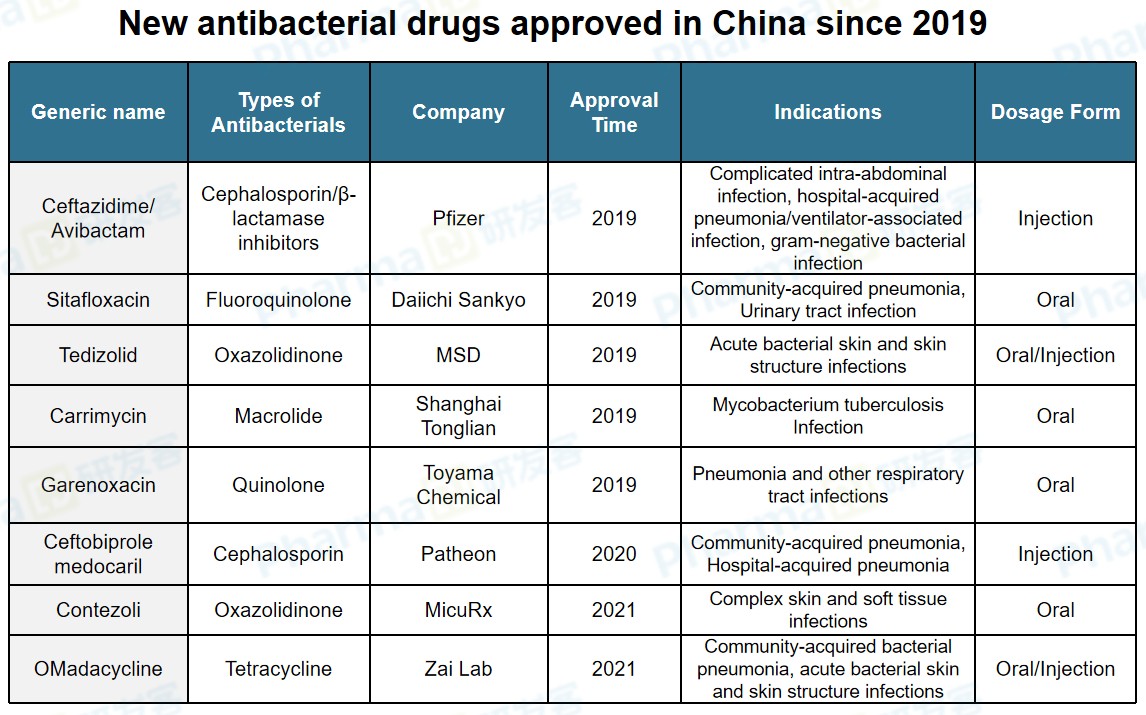 Anti-tumor drugs are the focus in China's current new drug research and development landscape, but off-label usage of them has proven to be popular, which may bring risks.

China passed the Physician Law last year in an attempt to regulate off-label prescriptions for the first time, and it came into effect on March 1, 2022. The new law stipulates that when no effective or better treatments are available, physicians may, upon patient consent, use drugs in a way that is not indicated in the package insert but is supported by medical evidence.

Permitting off-label usage is expected to bring more market opportunities to drug makers, as their drugs can then be administered to more patients.