Chinese pharma companies raised over half a billon USD in August 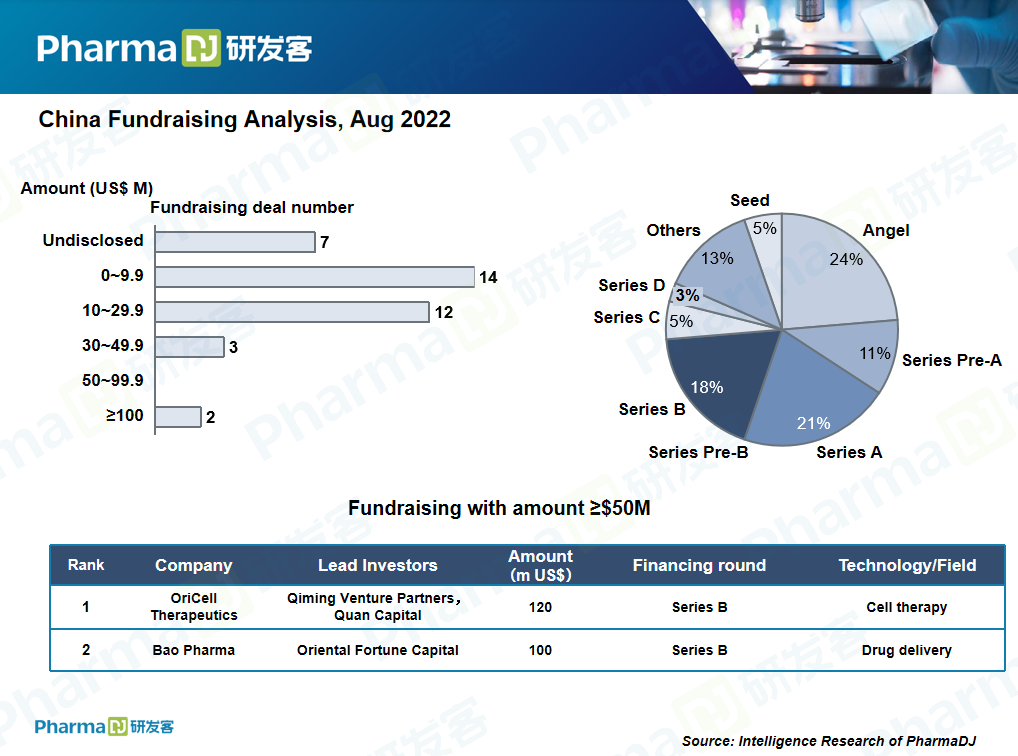 Cell and gene therapy (CGT) is still attracting a lot of investors, and nine such companies received financing in August. One of them, OriCell Therapeutics, raised over $120 million in series B financing led by Qiming Venture Partners and Quan Capital, the most in August.

Additionally, Wyze Biotech announced that it completed series A+ financing of about $8.69 million. The company made a name for itself for developing the world’s first off-the-shelf universal DNT cell therapy RC102 (CD19-CAR-DNT). 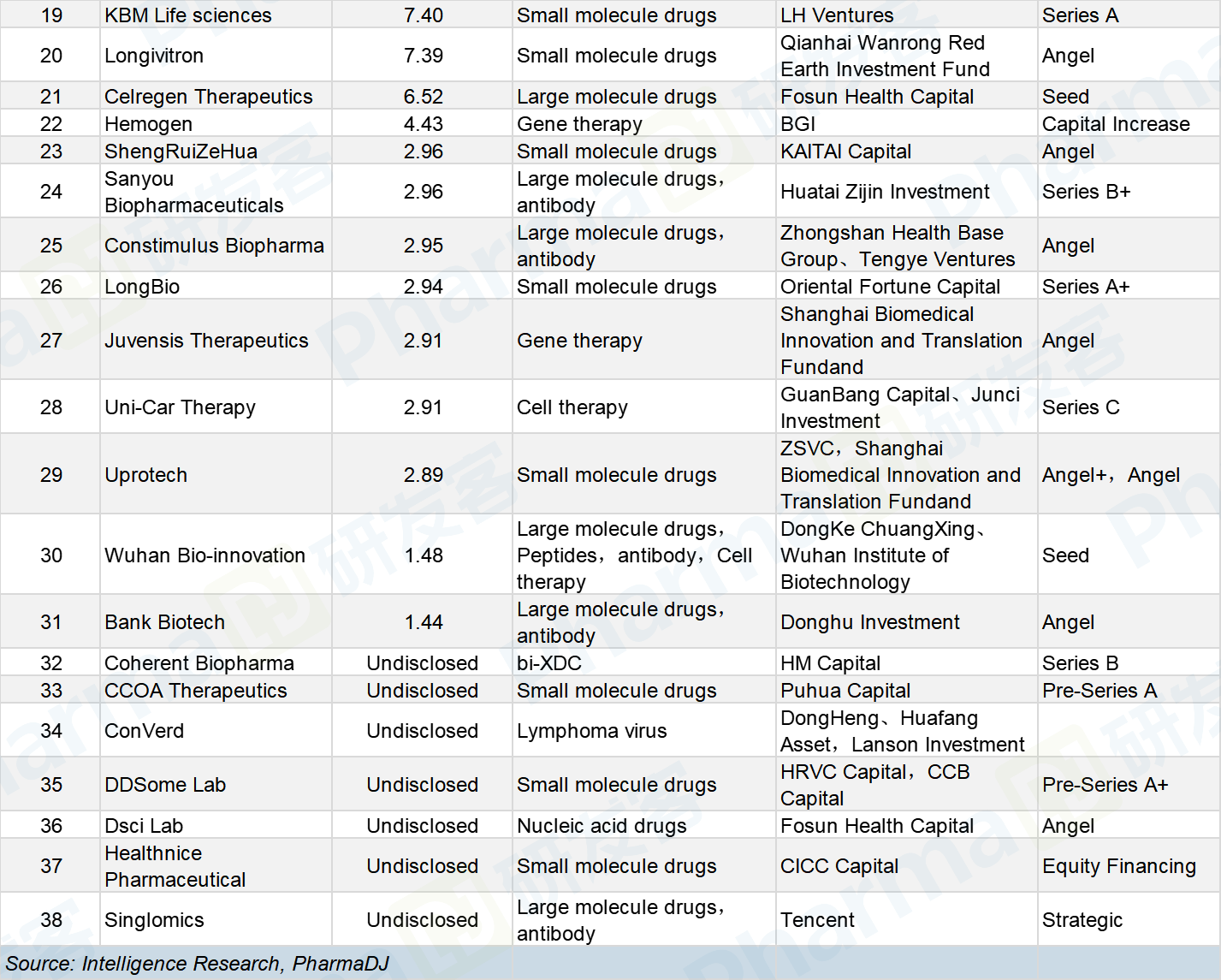