Chinese biotech companies raised a total of $2.64 billion from 28 disclosed deals in August, pushing fundraising to their peak this year. This marks a 37% increase from this year's second highest figure of $1.92 billion raised in March.

This stellar performance in was largely driven by the $700 million Series C financing from Abogen, an mRNA specialist known for its COVID-19 vaccine candidate. The top three fundraisers in August were companies that aim at infectious diseases.

The other 27 disclosed deals amounted to a total of $1.94 billion, with an average of $72 million per deal. 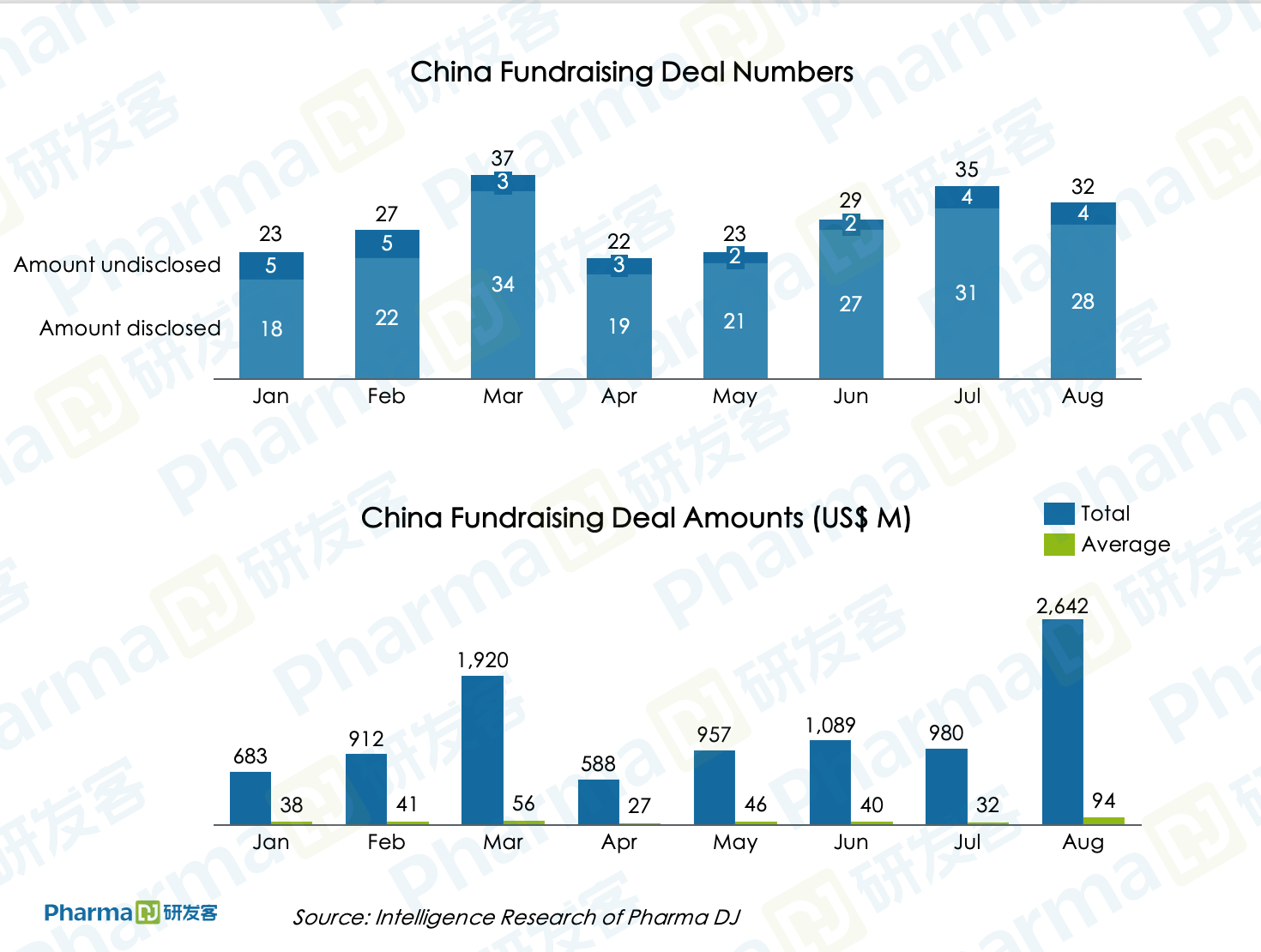 Infectious diseases remain in the spotlight

A number of Chinese drugmakers tackling infectious diseases were able to raise funds in August, as the COVID-19 pandemic has kept investors interested in antiviral therapies.

The most notable funding round of August — and of the year — was Abogen’s record-breaking $700 million Series C backed by Temasek, Invesco Developing Markets Fund, Loyal Valley Capital, GL Ventures, Yunfeng Capital, Lilly Asia Ventures and Boyu Capital. The company plans to use the funds to advance its COVID-19 vaccine candidate, ARCoV, and other anti-tumor candidates.

ARCoV, developed in collaboration with Walvax Biotechnology, recently got the nod to enter phase III clinical trials in Mexico and Indonesia. It is the most advanced mRNA vaccine candidate developed by a Chinese company.

The massive financing round underscores Chinese investors' fervent support of the mRNA technology. In just four months, they have injected over $1 billion.

Another company to note is Genuine Biotech, which completed a $100 million Series B round to support the commercialization of its HIV drug azvudine, which was approved in July. Azvudine is a dual-targeting nucleoside-based drug that inhibits nucleoside reverse-transcriptase and viral infectivity factor.

With that said, Genuine also eyes oncology, cardiovascular and liver diseases. It is gearing up for an IPO in Hong Kong in the first quarter of 2022.

Clinical-stage Huinuo Biotechnology of Shenzhen also raised RMB100 million in a Series A+ round to advance its antiviral and antibacterial drug candidates. 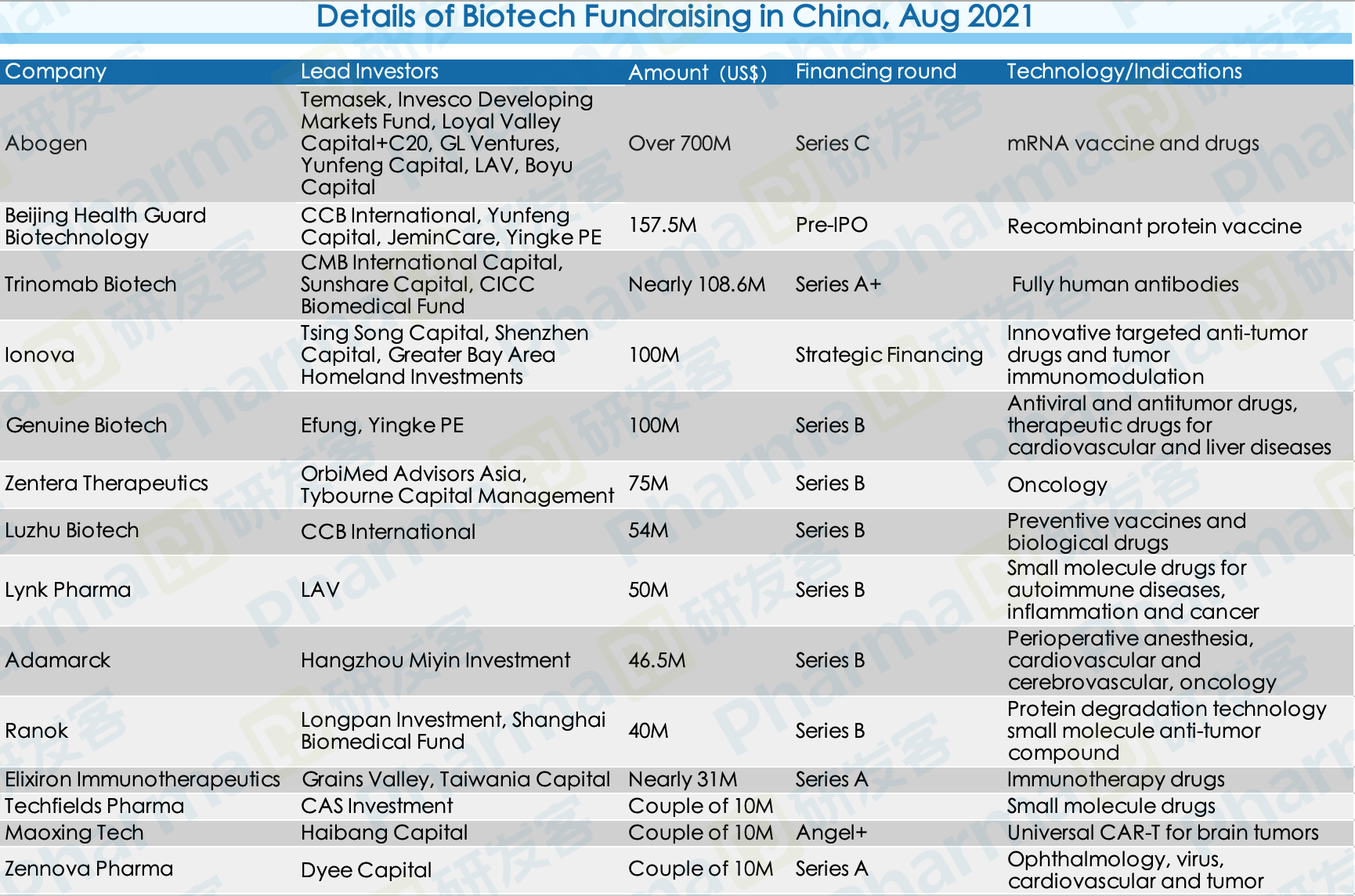