At its virtual R&D day event on Sept. 22, Zai Lab CEO Samantha Du said the company expects to have more than 15 marketed products in more than 35 indications by 2025.

Zai Lab focuses on oncology and autoimmune diseases. Du said by 2025, the company expects to have at least one global IND application every year and franchises in multiple disease areas, such as lung and gastric cancers. 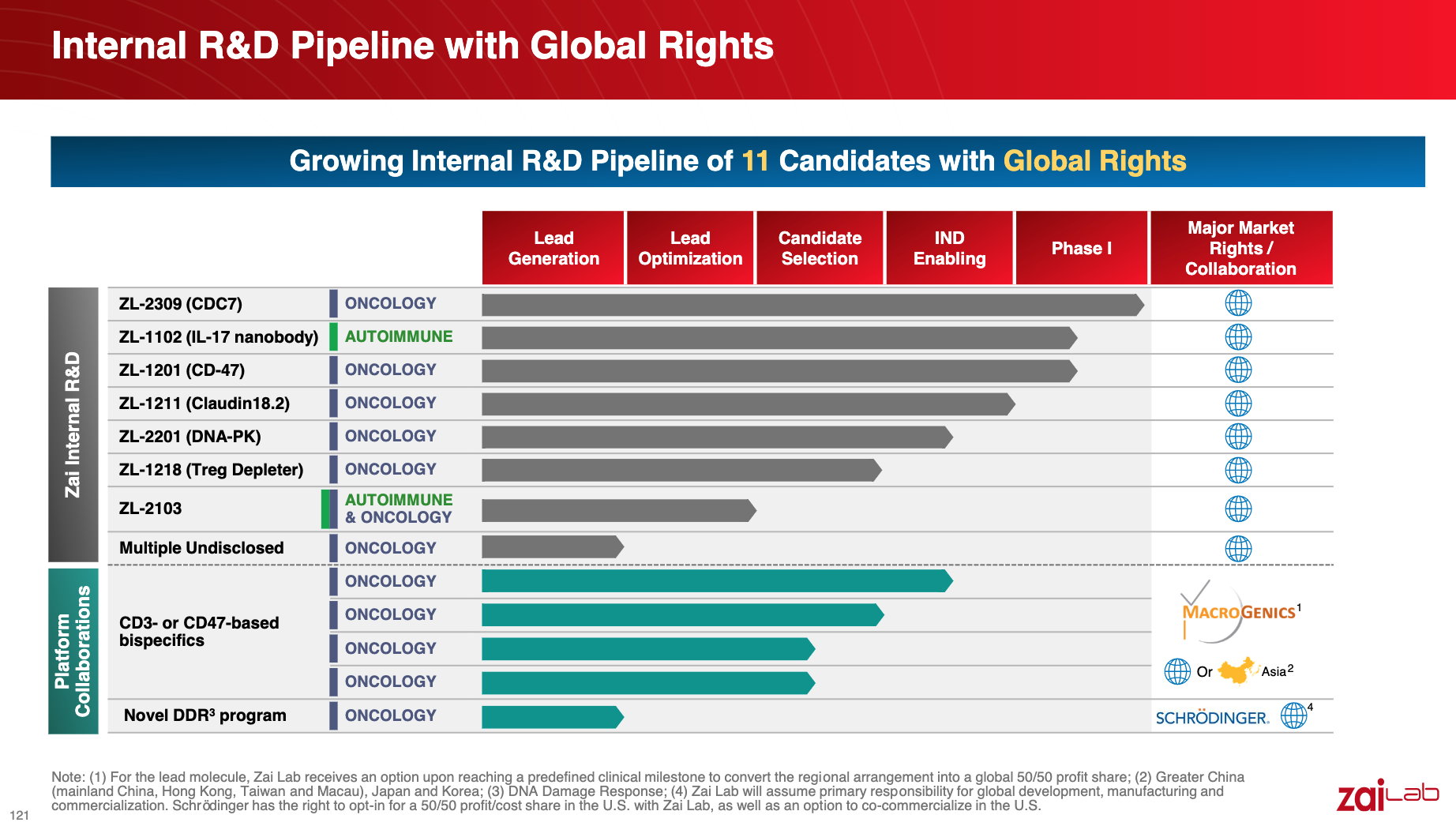 “Lung cancer and gastrointestinal cancers are the leading causes of cancer death in China,” said Alan Sandler, President and Head of Global Development of Oncology at Zai Lab. China sees four times more cases in lung cancer than the U.S.

Zai Lab has built franchises of therapies, including medicines that target specific gene mutations, that, if approved, could treat up to one-quarter of lung cancer patients and up to one-half of gastric cancer patients in China, he added. We have in-licensed or internally developed drugs that we believe have strong scientific rationale and data, said Harald Reinhart, Chief Medical Officer of Autoimmune and Infectious Diseases at Zai Lab.

Currently, Zai Lab has over 25 pipeline assets, with 12 of them in late-stage development and 11 of them that came with global rights. To expand its pipeline, the company has entered five licensing deals so far this year.

In the medium term, we are preparing for 10 additional product launches in Greater China, said William Liang, Chief Commercial Officer of Zai Lab.

Berry Oncology is primed to compete with Grai...