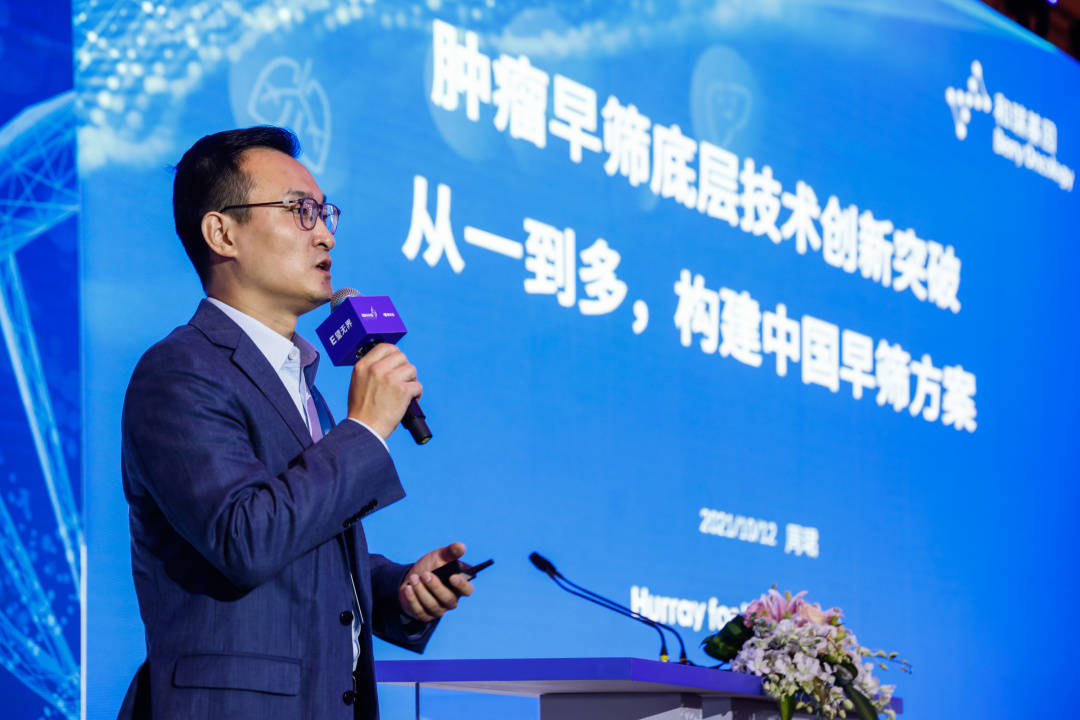 Chinese oncology genomic testing company Berry Oncology has its sight set on global competitors after it posted clinical data that could be on a par with those of Grail and Thrive Earlier Detection.

With its HIFI screening technology, the company has developed one single test to early screen for liver, lung, gastric, colorectal, esophageal and pancreatic cancers. Results unveiled at IBIWS last week showed an overall sensitivity of 87.6%, specificity of 99.1% and overall Tissue of Origin (TOO) precision in 82% of positive cancers.

“HIFI is a platform technology that was originally developed to screen liver and lung cancers. The latest data demonstrated that our technology enables early screening for multiple cancers, which is a technical breakthrough for us,” Berry Oncology’s CEO Zhou Jun told PharmaDJ.

The data in sensitivity, specificity and traceability in multi-cancer early screening, Zhou believes, could put Berry Oncology in the same basket as other global pioneers.

“Our study covered a higher proportion of early-stage patients compared to other foreign studies, and we still generated top-notch data in these patients,” Zhou said.

Berry Oncology said 73% of the samples in its study were stage I and II cancer, while studies by Grail and Thrive Earlier Detection covered 55% and 69% of early-stage samples, respectively. The Chinese firm also demonstrated sensitivity of 69.6% and 92.9% in stage I and II samples.

“Our data in sensitivity and specificity are also superior. Overall, when specificity is over 99%, we still achieve sensitivity of over 87%. Data are even better in certain cancer types,” Zhou added.

In pancreatic cancer, which is widely seen as challenging to detect, Berry Oncology’s test achieved sensitivity and specificity of over 90% and an area under the curve (AUC) of 0.975. More data on specific cancer types are forthcoming.

The key to this clinical success is in its early cancer screening method called HIFI, which is a liquid biopsy, platform-based technology developed internally based on next-generation sequencing (NGS).

The study is known as the PreCar Project, which stands for “prospective surveillance for very early hepatocellular carcinoma.” Initiated in 2018, it is the first and only ultra-large-scale, forward-looking cohort study for early-stage liver cancer screening in China based on NGS technology.

The success had led to a liver cancer screening product called Laisining that can detect liver cancer 6-12 months earlier, as well as a partnership with Chinese tech giant Alibaba in June.

Riding on the success of the PreCar Project, Berry Oncology hopes to target more cancer types that are the deadliest in China. Lung cancer remains the top killer in China, followed by gastric, colorectal, liver, thyroid, breast and esophageal cancers, according to Frost & Sullivan.

“Unlike many early cancer screening companies, we started with one cancer type, which was liver cancer. We established a platform technology, then extended its application to lung cancer and cancers of the digestive system,” said Zhou.

“We accumulated experience in one cancer type then extended our targets to multiple cancers.  This helps minimize R&D risks,” he added.

Berry Oncology got its first taste of success in lung cancer screening. The company flaunted data from a pilot study at the 2021 Chinese Society of Clinical Oncology (CSCO) meeting last month.

Data showed that the HIFI technology demonstrated an AUC of 0.912 in a sample cohort that included 80.9% of stage I lung cancers and 89.2% of lung adenocarcinomas. “The ROC curve derived from these four indicators showed an AUC of over 0.9. Compared to other international early screening models, ours is not bad and is even superior. This is very encouraging,” he added.

After validating its HIFI technology in liver cancer screening, Berry Oncology launched its first product, Laisining, which is the first liver early screening product developed based on NGS in China.

“We develop our products based not on one biomarker, but data,” Zhou said. “We’re doing whole-genome sequencing to work on over 20 million paired reads. This requires high-performance computing.”

To support the course, Berry Oncology boasts a supercomputer center that has a computing capability of more than 50TPflops. The supercomputer can perform 30 trillion calculations per second.

When developing an early cancer screening product, Zhou said his team considered how it can be used in more cancer types by collecting more data, and how its accuracy can be improved with algorithms and data.

“What we and other foreign peers are doing is to leverage NGS and liquid biopsy technology. We want to think differently to develop data-driven products, rather than using one key to open one lock,” he said.

Berry Oncology does not only work on early screening. It has also tapped into genetic susceptibility testing, companion diagnosis, minimal residual disease (MRD) and so forth to cater to the life cycle of cancer patients.

In addition to its core product, Laisining, Berry Oncology also launched last month Heyu’an, a panel product to detect minimal residual disease (MRD). The product was developed based on results from the DYNAMIC study, data of which were published in Clinical Cancer Research in 2019.

In the study, Yang and other researchers used Berry Onocology’s circulating single-molecule amplification and resequencing technology (cSMART) assay to investigate perioperative dynamic changes in ctDNA in patients with lung cancer. The study revealed the rapid clearance of ctDNA and the appropriate time for ctDNA analysis to detect MRD in surgical patients with lung cancer.

The cSMART-empowered panel, according to Berry Oncology, combines 30,000x deep-sequencing to achieve a limit of detection at 0.0002.

“The preoperative blood positive rate is an important indicator to evaluate the sensitivity of ctDNA detection. We can now detect ctDNA in preoperative blood in 64% of our patients with stage IB-IIIA, and the positive detection rate of patients with stage IIIB-IV exceeds 90%,” he said at the conference. “This means our technology is not lagging behind that of the global pioneers.” In China for global

From the PreCar Project to the DYNAMIC study, Berry Oncology has never shied from showing its ambitions to compete with the foreign pioneers.

But while it sets its sight on the global race, the China-based company also understands the clinical needs and market landscape on its home turf.

By developing a technology platform that can be applied in more cancer types and leveraging experience with Laisining to develop more versatile products more efficiently, he said the company’s strategy will play out eventually. The plan is to launch a few more early cancer screening products in the next three to five years.

“In the next three to five years, more companies will report data from large-scale studies. We will be able to see if their R&D and product development strategies are reasonable, and if their products are sophisticated,” the CEO said.