In July, Fosun Pharma, Wantai Biopharm, Legend Biotech and Akeso raised a total of nearly $1.614 billion from share offerings or private placements to support the development of new products. This has become increasingly common in the China market in recent years.

Notably, Legend and Akeso have only been publicly traded since 2020.  This indicates that their  IPO funding is not enough to meet the demands of follow-up development and operation. Nevertheless, bringing in new external investors brings with it plenty of benefits. 31 private companies announced financing last month as well. 27 disclosed their figures, totaling $581 million. Early-stage funding (series A and earlier) accounted for 51%. All high-dollar funding (≥500 million) was provided in series B. 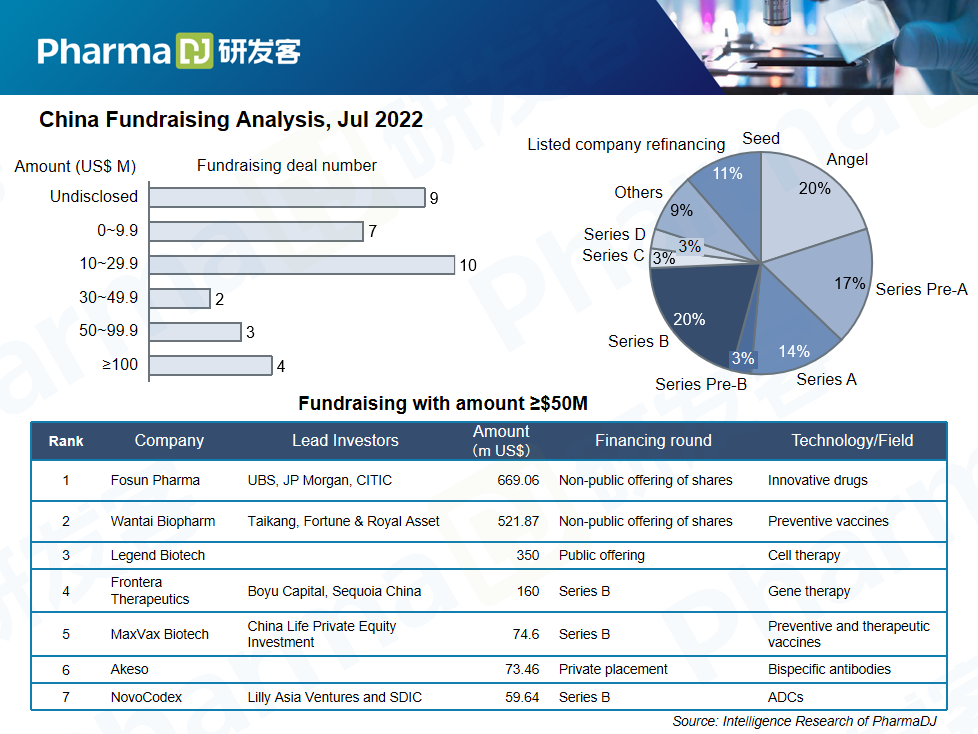 Nucleic acid drugs on the ascendant

One of them is Suzhou Ribo Life Science. Founded in 2007, this clinical-stage company focuses on the development RNAi technologies and oligonucleotide therapeutics. In May 2021, it proposed terminating its IPO review after one round of inquiries from the Shanghai Stock Exchange (SSE). Before that, Ribo had already completed four rounds of financing valued at over RMB 1 billion ($146 million) and incurred accumulated losses of nearly RMB 500 million.

This time, the company announced that it closed a $40 million Series E1 financing backed by Panlin Captial, Trinity Innovation Fund and other investors.

Additionally, Hefei-based Afana Biotech received an undisclosed amount of funding from the Anke Biotech Industry Fund. Afana focuses on mRNA drugs and vaccines. Two months ago, it signed an agreement with Anke Bio to cooperate to develop and commercialize a COVID-19 mRNA vaccine.

Responding to pricing pressure from policies like volume-based procurement (VBP), the industry has started searching for products with high barriers. Due to strict regulations, radiopharmaceuticals are a prime candidate. The class of drugs has seen a surge in financing since eight China’s national ministries jointly published “The Medium and Long-term Development Plan for Medical Isotopes (2021-2035)”, a document promoting the development of radiopharmaceuticals.

Three companies specializing in radiopharmaceuticals announced that they had completed new rounds of funding in July, Biosotop, Norroy Bioscience and AstaThera. 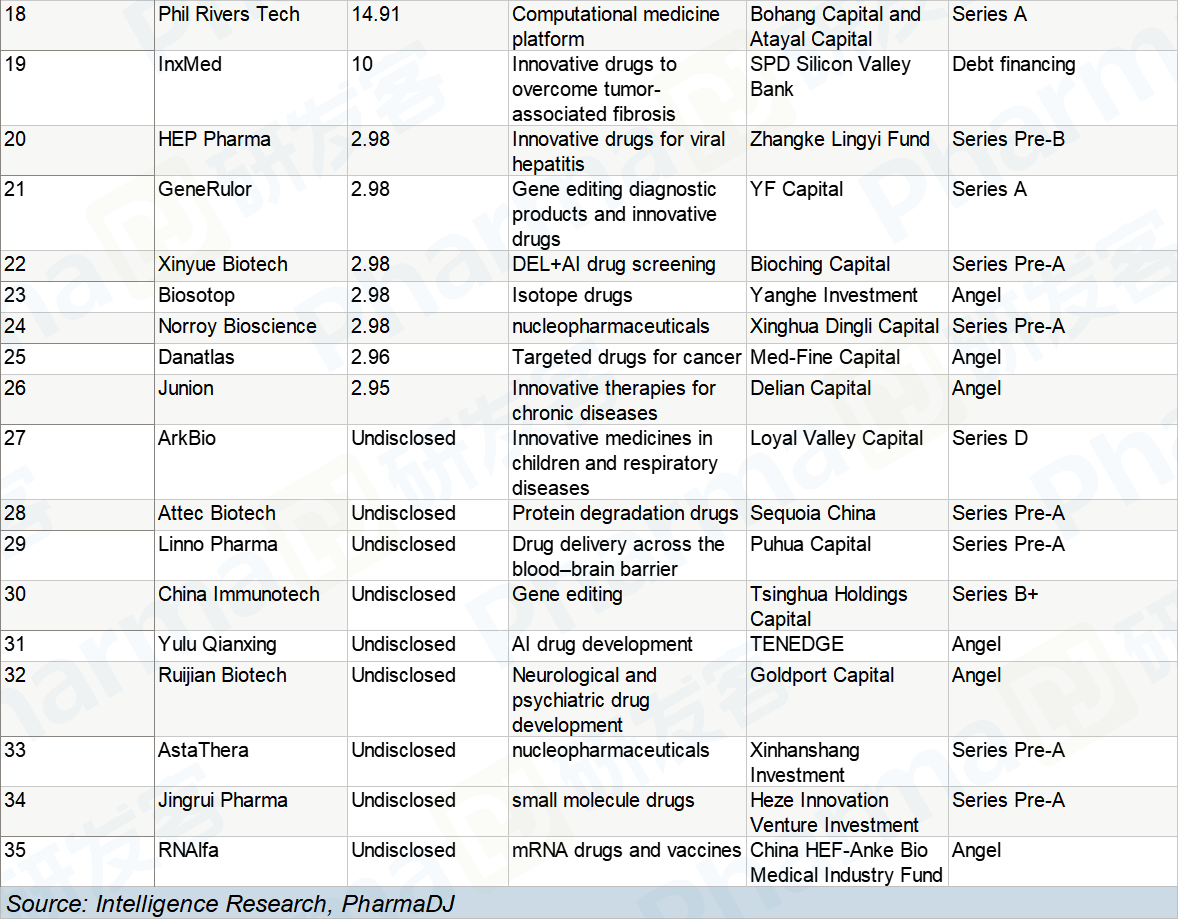