Lianbio forges on in spite of U.S.-China uncertainties 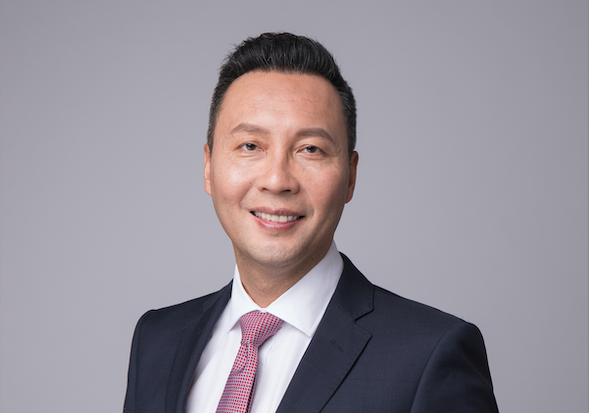 Increased U.S.-China tensions may have put off some Chinese biotech players from looking West, but Lianbio is not deterred.

From day one, the biotech startup chose to establish its footing in the U.S. while eyeing opportunities in China. Incubated by New York-based hedge fund Perceptive Advisors in July 2019, Lianbio landed on the Nasdaq with a $325 million IPO two years later. It now has nine in-licensed drug candidates for the China and Asian markets.

“Approximately less than 10% of Western innovations had made it into China,” Lianbio’s CEO Wang Yizhe told PharmaDJ. “There were still not many truly best-in-class and first-in-class medicines in China. There wasn’t a wave to make these medicines available.”

With a vision to “lian,” which means connect in Chinese, the cross-border startup wants to connect quality medicines from the West to markets in the East, science with unmet needs, as well as the U.S. and China.

“That’s the essence of Lianbio,” Wang said, with the belief that connection will lead to trailblazing innovation – the second chapter for the biotech firm.

Operating in both the U.S. and China isn’t easy nowadays, but Lianbio wants to set an example for its peers.

This is just one of the challenges. Wang also pointed to the ability to source the right assets, operate in an agile manner, and understand compliance in both the U.S. and China.

“We have to make sure we’re a global company that can meet both the U.S. and Chinese standards and laws,” Wang said, adding there are also language and cultural barriers.

To have such insights will require multicultural talent who understand and have experience in both landscapes.

“We select people very carefully. If you’re born in the U.S., I want to make sure you have incredible learning and cultural agility so that you can communicate and connect with the team in China, and vice versa,” the CEO explained.

At Lianbio, the business development, alliance management and financial personnel are largely based in the U.S. to stay connected with partners and investors there, while 80% of the staff are based in China to facilitate efficient decision making, particularly regarding clinical regulation. This setup has helped Lianbio overcome common challenges faced by cross-border companies.

“All about building franchises”

Lianbio has a clear strategy for its development, from sourcing assets to accelerating their development and commercialization.

The biotech has nine assets across cardiovascular, oncology, ophthalmology, respiratory, and inflammatory diseases. Most of them are late-stage candidates boasting best-in-class or first-in-class potential. The company said its current portfolio could bring innovative medicines to around 16 million patients in China.

“I don’t just look at them as a single asset. It’s really about building businesses,” Wang said. Lianbio looks at how differentiated the asset is and the unmet needs in China to match the commercial and medical needs.

“We’re not going to chase a high price for an innovative asset like a precision medicine or gene therapy just because it sounds cool in the U.S. If it’s not a fit in China, particularly at current stage for the company we’re not going to bring it in,” Wang said. “We’re all about finding a huge unmet need and identifying assets that can address them… This is where Lianbio is different. We don’t go after everything.”

“I’m all about building franchises,” added the CEO who vowed not to source “blindly.”

“If their data pans out well, they can be franchise anchor assets,” Wang said. “What it means is that with their first-in-class or best-in-class potential, we can build a sizable business around them, then we can add additional assets into that therapeutic area to derive synergy and scale.”

“We can then position ourselves as a top cardiovascular player by 2030. That’s what I’m going for,” Wang explained.

As competition is already fierce in oncology, Lianbio avoids overly crowded spaces. To have a shot in the game, the company goes for first-in-class and best-in-class molecules.

To speed up development and commercialization, Lianbio implements a system centered on asset management.

“That’s what multinational players do. They’re good at prosecuting multiple programs,” Wang explained. “We organized the company in a way that is not run by functions, but asset teams who really drive the programs. Functions are here for support.”

Having senior people to lead the asset teams is the “winning playbook” to speed up development, he said.

The work to prepare for commercialization begins when the first patient is enrolled in the phase III trial. Key positions have been filled to put drugs on the market.

The favorable regulatory landscape in China is also helping. Hainan province has been designated as a pilot zone to test innovative foreign drugs in China before the rest of the country. Lianbio’s infigratinib won approval in the U.S. in May 2021. By the end of that year, it was already approved and used on Chinese patients in Hainan.

Wang remains bullish on China’s regulatory reform for accelerating drug approvals. From raising the bar for cancer drug trials to granting breakthrough therapy designations, he believes that China is on the right track.

The big market and efforts to encourage drug innovation have been convincing foreign partners that China as the destination to invest in.

While acknowledging the pricing pressure, Wang said China opportunity still seems to be positive. Citing a Jefferies report, he expects China to become the world’s third-largest market for branded drugs, with a 12% compound annual growth rate to reach $85 billion in 2030. The market was estimated to be $31 billion in 2021.

“The prices in China will be roughly about 20-25% of the U.S. price tags. That’s what’s going to be,” Wang said. “That’s okay. I actually see things start improving for a couple of reasons.”

To Wang, commercial healthcare insurance is catching on in China, which has a large and rapidly growing ageing population. The demand for innovative medicines will stay robust while the market volume will only get bigger.

He added that the foreign partners he has spoken to still see China as a big opportunity despite the geopolitical tensions and risks.

“There’s still competition in making deals,” he said. “If they believe there is an unmet need in China and this is a great drug, they will stay bullish.”

While the biotech sector has been taking a hit recently, Wang believes that the sector is going through a correction. Investors who look long-term remain “very committed” and top biotech players will recover.

“The second half of this year is going to be interesting. We hope things will start to stabilize and value hunters will come back into the game,” he said.

Despite the rosy outlook for the biotech industry, imminent challenges are inevitable. Biotech stocks are plummeting and shares often go below the IPO price.

“Companies that have a very sound strategy and thorough financing scenario planning and ability to execute are going to prevail,” Wang said, emphasizing the importance of a solid financial position.

“You really need to continue to implement your strategy to execute and deliver milestones. When the market recovers, you can deliver a wave of positive catalysts to regain investor confidence as quickly as possible,” he added.

To stay financially disciplined is another winning formula. He suggests against overpaying for deals or overexpanding at this moment, and some trade-off decisions may have to be made.

As a lot of Chinese biotech players are looking to go global, Wang cautions that it could be a double-edged sword, saying that one needs to very thoughtful about when and how to approach this.

“It burns even more money. At this particular moment, the board and management will need to look at the options critically and adjust them,” he added.

While he believes Lianbio could consider reverse licensing – bringing China-originated drugs to the West – this may not be the time for it just yet.

“If the company has not convincingly demonstrated it could commercialize successfully in China, it will be difficult. How are you going to compete with big pharma in the U.S.?” he said. “I think each company has to make a choice and think about what its core strength is. Timing is another important factor.”

“Lianbio’s current focus is very clear, which is to bring Western innovations to China. We want to do fast progress, fast development and fast launch. Then we can evolve into a fully integrated pharma company and start tapping global rights.”