China's annual 'Two Sessions', or Lianghui — the National People’s Congress (NPC) and the Chinese People’s Political Consultative Conference (CPPCC), convened in March to set the national socio-economic  and political priorities for for 2021.

Premier Li Keqiang delivered the annual government work report. In it, he mentioned that more drugs for chronic and common diseases and high-value medical consumables would be made eligible for volume-based procurement (VBP). Under a VBP system, state authorities make bids to purchase a guaranteed volume of drugs from manufacturers. The intended effect is to make drugs more affordable.

VBP was often mentioned during this year's 'Two Sessions'. When addressing the CPPCC, President Xi Jinping noted the importance of continuing medical reimbursement reforms, regularly carrying out VBP, and improving its institutions.

Below are some other highlights relevant to the biopharmaceutical industry that were laid out in the annual government work report:

· Increasing the supply and stabilizing the price of scarce drugs.

Additionally, the new Regulation on the Supervision and Administration of Medical Devices was published in March. Enforcement begins on June 1 of this year. Since the last regulation was formulated in 2000, it was revised comprehensively in 2014, followed by amendments in 2017. 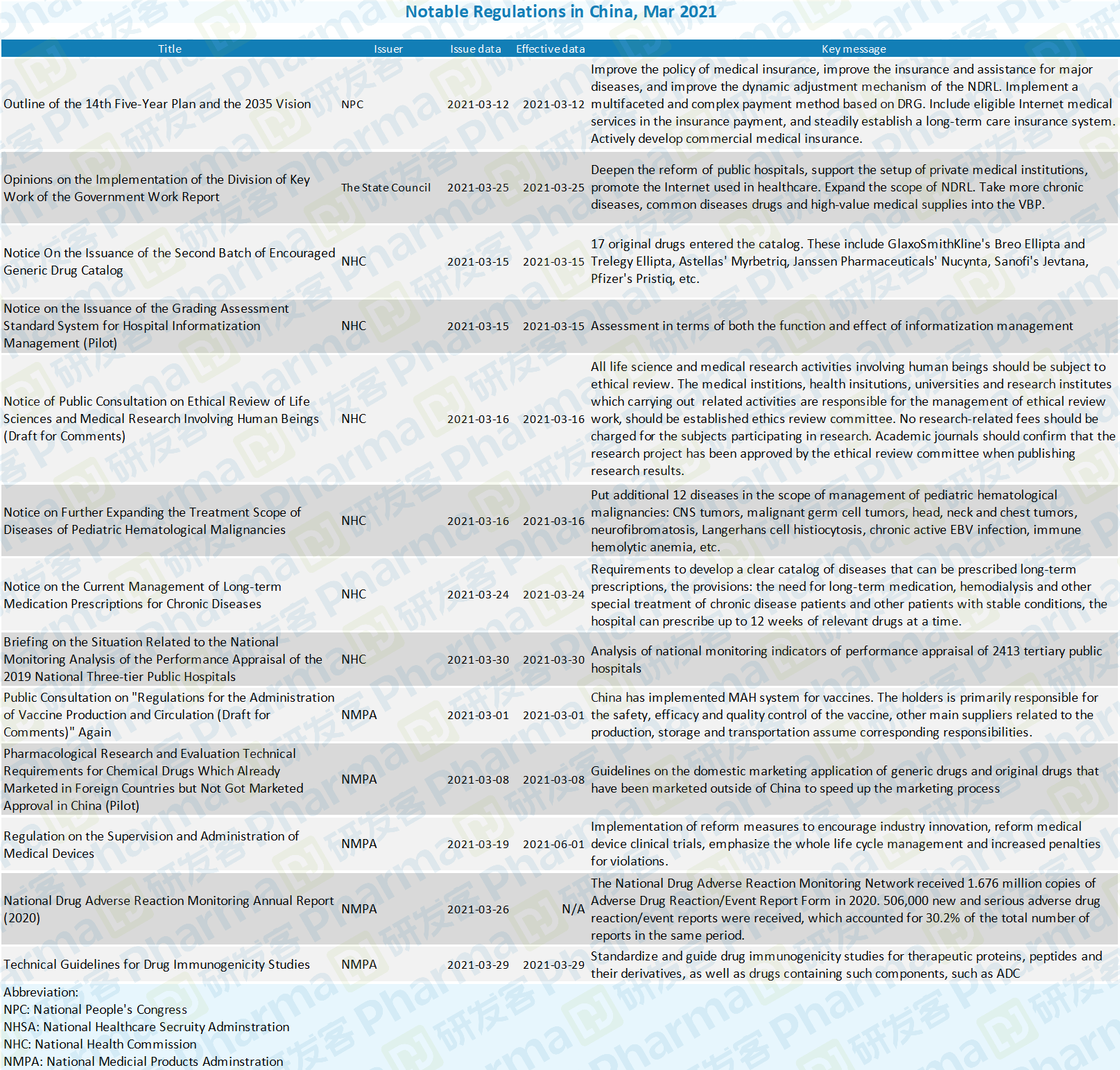