Four of these deals' values were disclosed, totaling $832 million. Chinese biopharmaceutical company CANbridge accounts for the lion's share with two deals valued at a total of $591 million. CANbridge was granted an option to an exclusive license for LB-001, a potential gene editing therapy based on LogicBio Therapeutics's GeneRide platform for methylmalonic acidemia (MMA), in Greater China.

The agreement also includes a worldwide license to develop, manufacture and commercialize gene therapy candidates for treatments for Fabry and Pompe diseases. This is based on LogicBio’s adeno-associated virus (AAV) sL65, the first capsid produced from the LogicBio sAAVy™ platform. The options are for the development of AAV sL65-based treatments for two additional indications.

LogicBio is eligible to receive an upfront payment of $10 million, opt-in fees are triggered upon the exercise of these options along with milestone payments for up to $581 million and up to double-digit royalties on net sales.

The deal includes an $11 million upfront payment, R&D funding, and up to $109  million in milestones as well as significant double-digit tiered royalties based on net sales.

Ocumension Therapeutics (Ocumension), a Chinese company specializing in ophthalmology therapies, has acquired an exclusive licensing agreement for Alimera’s 0.19mg fluocinolone acetonide intravitreal implant (ILUVIEN) in Greater China and 12 other countries in Asia. ILUVIEN was developed for the treatment of diabetic macular edema and other retina diseases (excluding uveitis).

Under the terms of the agreement, Ocumension has made a $10 million equity investment in Alimera via a private offering. Additionally, Ocumension will make an upfront payment of $10 million and a potential $89 million in sales-based milestone payments. 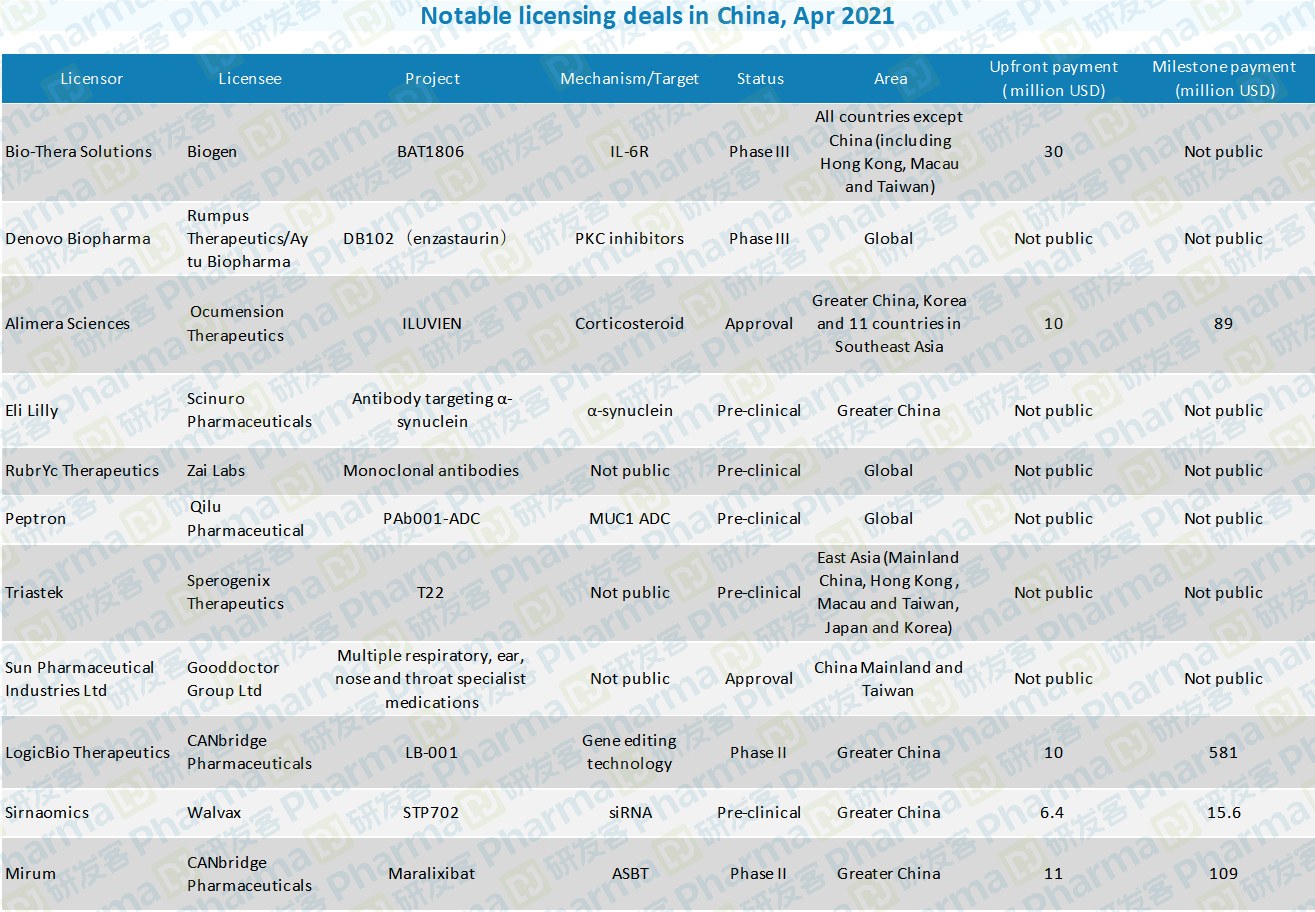